Epic Games, commonly known as the creator of Fortnite, is rolling a case against Apple. The case has been on for a while. And the gaming company accuses Apple of running a monopoly in their App store.

What exactly triggered the case was the fact that Apple asked for a whopping 30% commission on the app sales. Not just this but the request — or demand — for commission extended even to the in-app purchases. The game developers obviously denied paying such a high commission, which led to Apple disallowing Fortnite to be continued on their platform. The company has been charged on running excessive profit margins using an almost monopolistic dominance in the app downloading market. Apple despite of denying this, claims to not have information on the case of profit margins and even refuses to disclose the details.

Tim Cook was buzzed on why Apple cut commission rates after being filed for lawsuit. To which his reply was competition from Google but Gonzalez Rogers was clearly unconvinced.

The way in which the term ‘market’ is defined will be the result of this testimony. The fact that Fortnite is available on other platforms and that Apple amounts to only 7% of its revenue is a strong case against the game makers. To win the case Apple went far enough to argue that their software isn’t entirely safe.

The judge has been trying to console the parties in a mutual agreement but it seems impossible. Experts say that Epic games is likely to lose the argument but the fact that the judge is not entirely convinced with Apple’s high commission charges could swing the case. 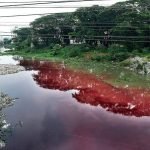 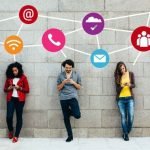