Many of us don’t know about Vitalik Buterin.  The co-founder of the world’s second-largest cryptocurrency, says, in an  exclusive interview with CNN on Tuesday, ” cryptocurrencies are in a bubble and, it is hard to forecast when this bubble will burst.”

he further added, ” it could have ended already.”

when the whole world is in shock by the substantial downturn of cryptocurrencies, this 27-year-old boy saw it all coming. Despite losing a bulk amount of investment, the value in his public wallet is reduced to  $870 million from $1.1 billion in just one day, Vitalik remains undaunted.

In 2013 he went on a tour to different countries where and discover his passion for coding, after which he comes out with a plan to launch Ethereum. He showed his proposal to many people. At last, a venture capitalist agreed to invest in his proposal in 2014. He dropped his education and decided to focus on launching Ethereum.

After a year, he finally launched Ethereum as a combination of two things i.e. decentralized mining network and software development program.

Buterin has always shown concern when it comes to evaluating the potential of cryptocurrencies. He predicted the growth of crypto in the market. However, it was not that popular back in time. The valuation of the crypto is deserving and, now it is ready to enter the mainstream market.

The influence of Elon Musk over the crypto market is immense but, Buterin believes that it is just a matter of time. Soon people will understand the crypto market and will start making decisions on their own. He also believes that the way Bitcoin is operating now, if they continue operating the same way, then there are high chances of their failure in the future, and the bitcoin will lose its essence over the market.

Ethereum is transitioning to ETH 2.0. Through this manner it will not depend upon Proof-of-Work (PoW), instead, it will depend upon the PoS consensus mechanism. Reports estimate that there may be a terrific lower in Ethereum’s strength consumption. PoS is said to be as much as 99% strength efficient.

Bitcoin depends upon proof of work that proves it less sensitive towards the environment he is worried if they continue to operate like that and didn’t change their policy, then they might have serious repercussions to face.

This is Vitalik Buterin, a boy with an ice cream face and the potential to bring significant changes in the operation of cryptocurrency. 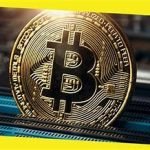