Her father wished for her to pursue a career as a wrestler. Sonam Malik, who was born in a small village in Madina, Sonipat, Haryana in April 2002, has confirmed her participation in the Tokyo Olympics. Sonam, who comes from a wrestling family, has established her supremacy in the 62 kg division, winning gold in the senior wrestling championship. Many worried that allowing a cadet wrestler to compete against recognized stars in the senior category would result in serious damage or even jeopardise the youngster’s early career. However, this rising star believed that the risk was worthwhile. It didn’t take long for the 19-year-old to gain a reputation as a slayer of as she has carved out a niche for herself in the 62kg weight category and is now training to perform on the world’s greatest sporting event, the Olympics. With a family that lives and breathes wrestling, it’s no wonder that Sonam is fully immersed in the sport. She began wrestling at the Netaji Subhash Chandra Bose Sports Complex in her village at the age of 11 under the tutelage of coach Ajmer Malik. Her village lacked sufficient facilities, and the academy lacked even mats to train on. The players would practice on land, but when it rained, the ground became slippery, forcing them to play on roads. Sonam made significant progress in wrestling by earning gold medals in 2017 and 2019. Ajmer Malik and her parents started requesting to convince the national federation that the two-time world cadet champion was good enough to compete at the senior level. The wrestling federation of India approved her to participate in trials of Rome ranking series events in January 2020 after much persecution in 2019. In April 2021, she won a silver medal in the 62kg women’s category at the Asian Olympic qualifiers in Almaty, Kazakhstan. In group B matches, she beat China’s Jua Long and Chinese Taipei’s Hsin Ping Pel to advance to the semifinals. She defeated Kazakhstan’s Ayaulym Kassymora, the bronze medalist at the World Championships. She proceeded to prove her strength over senior pro Sakshi Malik, whom she considers her idols, when she won her third match against her , indicating that the previous two victories were no flash in the pan and indicating a passing of the baton. Sonam played the waiting game before heading for the strike, concentrating on a stronger defence that she has focused on over the last few months, while Sakshi scored early. Sushil Kumar, according to Sonam, is her childhood hero. After seeing Sushil Kumar and Yogeshwar Dutta wrestle in the Olympics after a training session in the academy in 2012, she told herself that one day she will win gold, those belts, and see the Indian flag fly at the medal ceremony. Ajmer, Sonam’s coach, can attest to her integrity. Since her childhood, he said, “she has been a rough and tough, fearless yet obedient kid. She found it fascinating to play against and defeat big boys. She never complains about the amount of work she has to do. She gets her stamina and strength from this unwavering commitment. She would catch up to her rivals by the end of the second half, no matter how many points she was down.” Sonam seems to be the best female wrestler in the 62 kg division and the youngest wrestler to compete in the Olympics, thanks to her unanimous victories. Seeing her young career, it is easy to predict that she will be one of India’s best bets for a medal in women’s wrestling at the 2020 Tokyo Olympics. 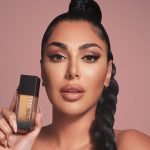 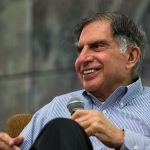