In the last 7 decades, many adversaries have been converted into alliances like Indian-American relations, many ‘neutrals’ have changed to ‘negatives’ like Indian-Chinese relations but throughout these decades, one thing remained constant- Indian-Russian relations. If we call Russia the oldest friend of India then it would not be wrong. This fort of benevolence found its foundation in the same year of Indian Independence, 1947, when America approached then newly established Pakistan through China to fix its claws in Asia, Russia took the first move towards India with the hand of amity.

Everyone is aware of the 1951 starvation strike in India. Indians started to die of hunger, Russia immediately sent 50,000 Quintals of food grains to India. Following by this unforgettable episode, in 1962, when Ireland presented a proposal against India over possession of Kashmir in UN and the permanent members like America, France, Britain, and China supported Ireland then Russia stood by India and used its Veto No. 100 in UNSC to save Indian rights over Kashmir. Even the reason behind the victory of India in the 1971 war with Pakistan is Russia as it sent its Nuclear Submarines and Navy Forces to India by ignoring the US, Britain, and China, which were sitting in the pavilion of Pakistan then.

India and Russia share a vigorous bond in the sector of trade and defense. In 2002, the bilateral trade between these two nations was $1.5 Billion. By observing a 7 times heap in the following 10 years i.e. 2012, both countries decided to set a target of $30 Billion by 2025. But astoundingly, this target got completed by 2017. Now, these comrades are working on the modified mission of $50 Billion by 2025. Now, if we turn to their defense deals then we find India is the second-largest market for the Russian Defence Industry. In 2017, it was recorded that India imported 68% of its total import from Russia solely. These two countries have many Joint Military Programmes like the Brahmos Crude Missile Programme, 5th Generation Fighter Jets Programme, S-400 deal, etc. In October 2018, when America threatened the whole world to resist every country from dealing with Russia in Military Hardware, India came up with an S-400 deal of $5.43 Billion with Russia and turned down the Superpower. At that time, the relationships of America and India were on the budding stage but India chose its old friend over new allies.

These facts show that it doesn’t matter how many times other countries tried to break their bond but always returned with empty hands. India never forgets its ‘friend in need’ and always believes in making the ties stronger. It knows the difference between the sky and passing clouds. Whenever India needed Russia, it never turned its back on India and India reflected the same behavior. This conclusion justifies by the statement of PM Modi in a joint address in media in Russia, he spoke a Russian maxim “An Old Friend is better than Two New Friends”. 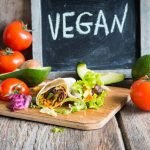 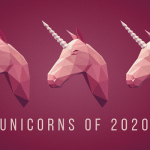