Fans were sent into frenzy when Prince William shared a pic of getting vaccine for Coronavirus on May 20. The Royal actually got the Vaccine two days earlier and shared the picture in family’s twitter account. In this picture his sleeve were rolled up as a medical professionals putting vaccine into his arm.

Since Public doesn’t often get chance to see Willams bare arm like this, this photo created a buzz.The definition in the Duke’s arm is very pronounced, and his muscles were fully on display in the vaccine image. “Proud of Prince William but can we….talk about his toned arm?” one person tweeted, while another wrote, ” Us women need more of Prince William’s strong biceps. Can he get another jab in the other arm? It’s getting hot in here!”

William is not the first member of the Royal family to get the first shot. Queen Elizabeth II and Prince Charles also revealed publically that they also got their first shot. It is unclear that if Willam’s wife Kate Middleton has received her first shot at this time. The Vaccine is now available to anyone over the age of 34. 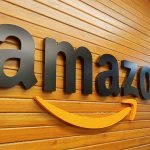 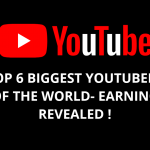