BTS is known for their unique style and musicality. Not only this, but the boys are enthusiastic and charming young men who have come a long way to follow their dreams. They didn’t come from giant companies like JYP, SM and YG, which made their beginnings quite difficult to gain media attention. They are world stars now who have made a mark in the music industry.

Here are the top five must-listen-to B-side songs by BTS:

This song is perfect for mood-boosting and pushing yourself forward when you’re having a hard time. This song relays the pain that each of them has experienced as individuals and as idols. They promise us that they can’t ensure a future full of happiness but there will be both good and bad days and it will be all worth it at the count of one, two, three.

Blue & Grey is written by V himself and was supposed to be a part of his mixtape. However, the members liked the song a lot, making its way into the album ‘BE’. According to V, the colour ‘blue’ is associated with sadness and the song is about the burnout felt by artists. ‘Grey’ is a colour that RM often references in his songwriting to convey the same, so V was inspired to use them both to describe that feeling.

The song is written by the youngest, Jungkook. The song is written for the fans as a form of consolation whenever they feel sad or down. The concept that the song builds is that if fans look inside their hearts, they will find a place called the Magic Shop, where they can exchange their fears for happiness and find the love all of the members have for them.

Album: 화양연화 pt.2 (The Most Beautiful Moment In Life, Pt.2)

The lyrics, co-written by Suga, RM, and j-hope express the fear of losing someone through the simile of a butterfly. The butterfly could be interpreted as representing the ephemerality of time that risks being lost at a moment’s notice: “Will you stay by my side? Will you promise me? If I let go of your hand, you might fly away and break, I’m scared.” This song is really nostalgic for fellow ARMYs who have been through with the boys and the movie footage shot of the boys can trigger a lot of memories. 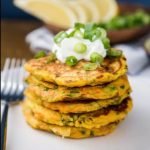 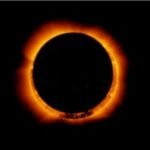