Israel and Palestine being in a conflict of war is an understatement in itself. Its oppression, ethnic cleansing, and terrorism at the cost of unarmed, innocent lives. And the pro-Israel, Islamophobic comments made by Ranaut were slammed by netizens including Pakistani actors.

Kangana Ranaut, who has been suspended from Twitter, took to Instagram to voice her opinions about the ongoing Israel Palestine conflict. Ranaut stood in support of Israel and its attacks on Gaza in a series of Instagram stories and a Facebook post to complement her rant.

She stated her unhinged support for Israel, its policies, and actions declaring that “India stands with Israel.” She wrote, “Those who think that terrorism should be replied with dharna and kadi ninda must learn from Israel.” 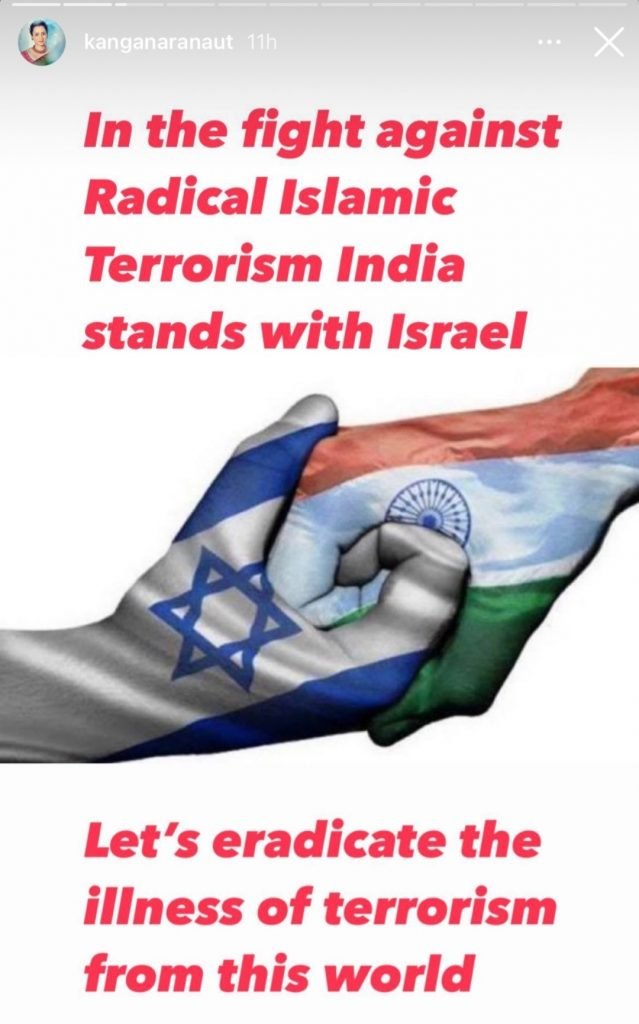 Vigilant netizens were quick to pick up on her statements and Ranaut faced serious backlash on all platforms of social media.

Maya Ali, a Pakistani actress wrote “I feel sorry for you. All I can is get well soon @kanganaranaut. One should at least have some humanity #PalestenianLivesMatter.”

Another user wrote, “You don’t have to be Muslim to stand up for Palestinians you just have to be Human. And she’s not. That’s it that’s the tweet #KanganaRanaut.” 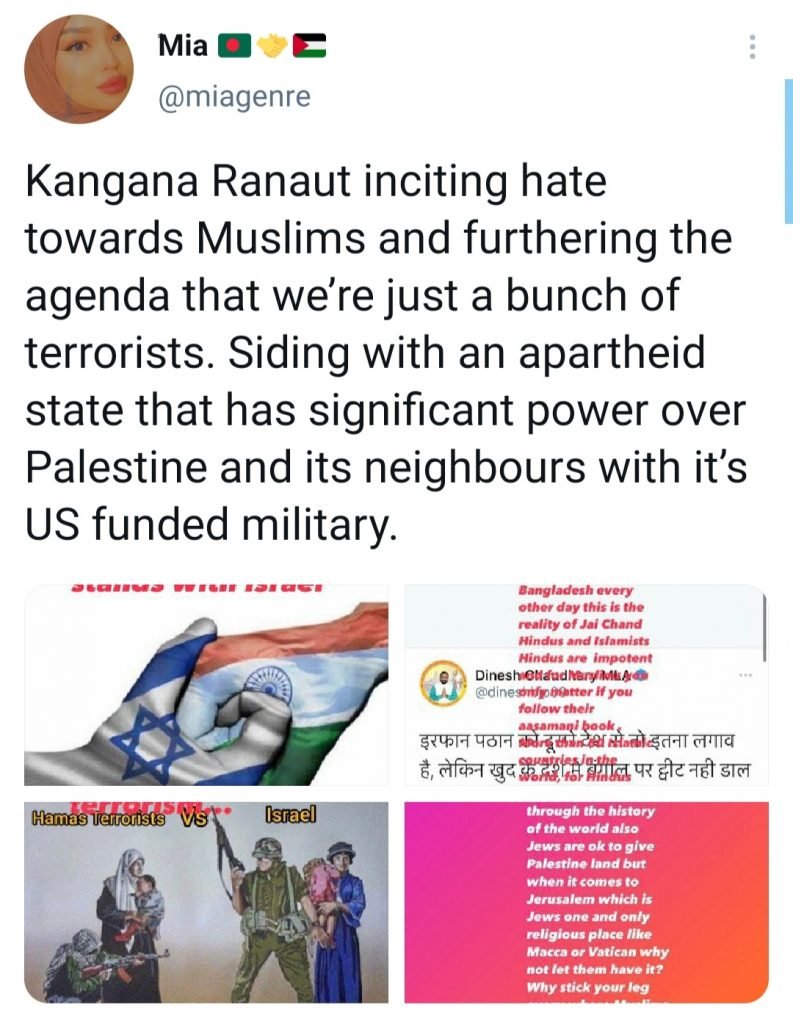 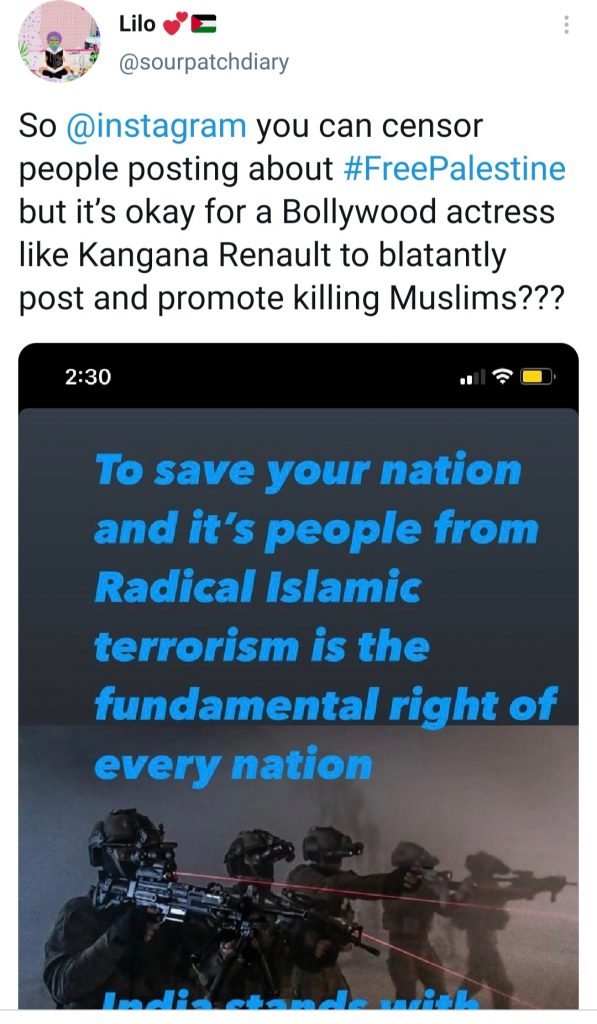 As innocent people lost their lives the dynamics on the other side of the land was a contrast and the fiasco continued as Ranaut slams netizens who claimed she “knows nothing” about the Israel issue.

Kangana wrote, “As you can see the video clearly shows how Israel was formed, no it is not an illegitimate nation they earned it back from the British and when they settled the land with UN interference 6 Muslim nations attacked them, since then with every attack on them they are seizing more and more land…because that’s what happens when you win a war… All those crying here and telling me I know nothing.. beta I am the mother of all fathers..aukat mai reh kar baat karna aage se.” 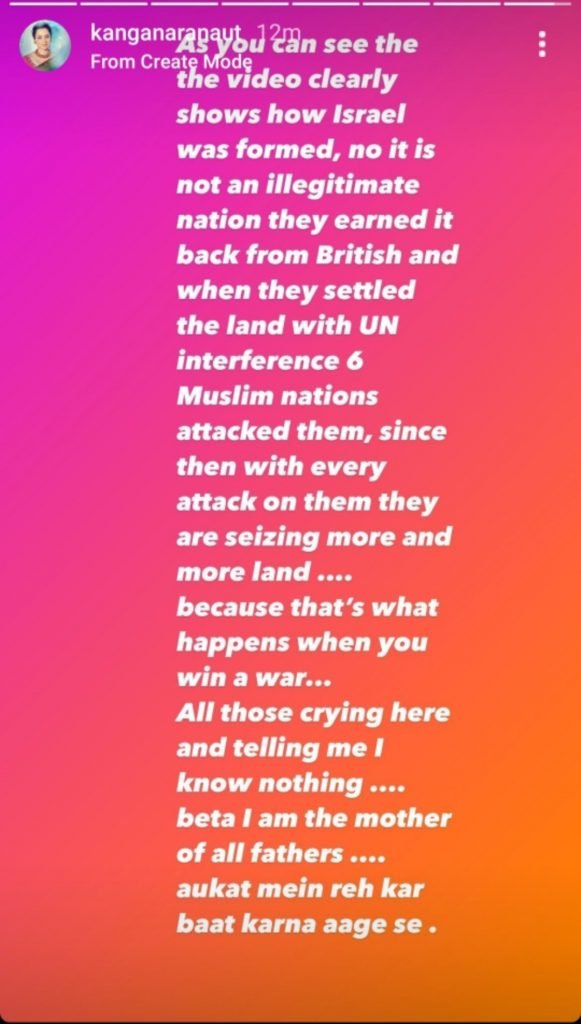 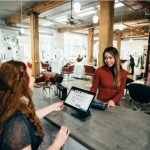 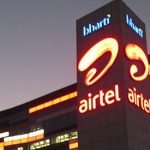