The not very known jaggi Vasudev became the publically known Sadhguru. He is an Indian yogi, an author, a profound mystic of our times. And an obvious spiritual leader for the world. He is a man of wisdom who makes daily living so easy. By listening to his wonderful words one can flee away from all such anxiety, fear, and stress.

Jaggi Vasudev is born on 3rd September 1957
At Mysore of Karnataka to a Telegu family. he was the youngest among the four of his siblings. In his early life, he showed a propensity towards nature. He used to go to the jungles for trekking.

His Education is from Mysore. Itself as he was honoured with a bachelors degree from the University of Mysore. Since 1982 he is been enlightening Yoga to southern India.

Now he is been an inner engineer with immense wisdom. Sadhguru works to progress the physical, mental and spiritual well being. And of all of us in an elegant way of talking.

Vasudev is the founder of the isha foundation near Coimbatore India in 1992, which is a nonprofit, spiritual organisation. The organisation offers yoga programs under isha yoga. Foundation is entirely fled by volunteers and it has about 9 million volunteers.

The foundation regularly practises gatherings (sathsangs) with sadhguru, where he delivers his golden words. Supervises meditation and works out the hardships with the attendees.

Vasudeva is the author of several books. He has written Inner Engineering, Dhyanalinga, Himalaya Lust, Linga Bhairavi, Adiyogi: The Source of Yoga, The Mystic Eye.

He says his books aim is to be both a voyage. A guide to the people who lost the intelligence of thinking in the right way. And offers the reader a key to living intelligently and joyfully in a challenging world.

Throughout the book,  Sadhguru sketches a series of sutras to help readers navigate the world of karma.
As a great public speaker, he has spoken at the United Nation’s Millennium World Peace Summit. The British parliament’s House of Lords, the Massachusetts Institute of Technology, and the International Institute for Management Development. He has also talked at the annual World Economic Forum,  in the year, 2007, 2017 and 2020.

In 2017, he got the Padma Vibhushan award, India’s second-highest civilian award, by the Government of India for his contribution to social services. He was also awarded by Indra Gandhi Paryavaran Puraskar. 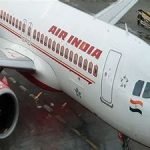 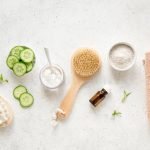