What is causing the remarkable increase in petrol and diesel rates?

There are two key reasons for the current hike in fuel rates; the rise in international crude costs and higher central and state taxes. During the pandemic of Covid-19, the Central government had elevated the excise liability on petrol to Rupees 100.47 per liter from Rupees 90.40 per liter. An alike growth was affected on diesel, where excise liability was increased to Rupees 92.45 a liter from Rupees 80.73 a liter. Numerous State governments also increased the Value Added Tax (VAT) on fuel throughout the same period. In India, the petroleum tax that a common man has to pay is almost about 260%. These hikes in petroleum price have affected the common people pretty bad like the expense of travel, transportation fee, etc.

Back to back increase in the price of gasoline and diesel are putting a strain on the common people’s wallets. Prime Minister Narendra Modi has blamed the previous governments for the recent fuel price hike, citing the country’s reliance on imported energy as a major factor.

According to the data released by the Indian Oil Corporation’s website, the retail price of standard petrol hit the three-digit verge for the first time in the country after it was raised by 26 paise to Rupees 100.13 a liter in Rajasthan’s Sri Ganganagar, while the price of diesel increased by 27 paise to Rupees 92.13. This was the eighth day in a row that the price of gasoline and diesel had increased.

Fuel costs vary from state to state, and both the federal and state governments charge taxes on them. Petrol pump prices have risen due to a surge in international crude oil costs and excessive taxation. In comparison to their neighboring countries, Indians are now paying the highest costs for a liter of gasoline.

Petrol prices have risen past Rupees 90 per liter in all major cities, including the capital city, and are on the edge of breaching Rupees 100. In certain sectors, it has already passed the three digits. Diesel prices have also mounted to never-before-seen highs in the country. This is how it will affect you.

There are many ways in which rising fuel prices can influence residents in the country. The primary impact of the rise will be felt by people who travel in personal vehicles. ‘India Today’ spoke to a few people with personal vehicles. Most of them stated that the recent hike in prices has increased their monthly financial plan on fuel, while some of them said they are ready to cut their average monthly fuel utilization to avoid expanding further.

The high ratio of fuel costs will hugely affect the automotive sector, a large cause of employment in the country as vehicle sales may see a sharp fall. Passenger vehicles and two-wheeler sales have already witnessed a depression in January 2021 and the numbers for this month could dip lesser. A further reduction in a plea for vehicles will have a major impact on automotive production. 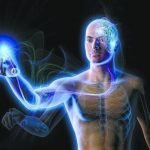 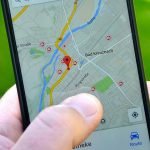