A paper titled The Unnatural Origin of SARS and New Species of Man-Made Viruses as Genetic Bioweapons suggested that World War Three would be fought with biological weapons.

According to media reports mentioning the documents attained by the US State Department, Chinese military scientists allegedly investigated weaponizing coronaviruses five years before the coronavirus and may have predicted a World War III fought with biological weapons.

US officials allegedly obtained the papers written by military scientists and senior Chinese public health officials in 2015 as part of their investigation into the origins of COVID-19, where Chinese scientists described SARS coronaviruses, of which COVID is one example, as presenting a “new era of genetic weapons”.
The novel coronavirus SARS-CoV-2 virus has no “credible natural ancestor” and was created by Chinese scientists who were working on a ‘Gain of Function’ project in a Wuhan lab, the Daily Mail reported on Sunday, citing a new research paper by British Professor Angus Dalgleish and Norwegian scientist Dr. Birger Sorensen.

Research claims that scientists took a natural coronavirus “backbone” found in Chinese cave bats and spliced it on into a new spike turning it into a fatal and highly transmissible Covid-19. The paper also states that “unique fingerprints” in Covid 19 samples were found that they say could have only arisen from manipulation in a laboratory.
The study by the two professors alleged “deliberate destruction, concealment or contamination of data” at Chinese labs and mentions the strange disappearance of scientists in China who spoke out about the activities.

In an interview with DailyMail.com, Sorensen mentions that the four amino acids on the spike have a positive charge, which in turn causes the virus to tightly cling to the negatively charged parts of a human, becoming more infectious.
He added, “Because these positively charged amino acids also repeal each other, it was rare to find even three in a row in naturally occurring organisms, while four in a row is ‘extremely unlikely’.
“The laws of physics mean that you cannot have four positively charged amino acids in a row. The only way you can get this is if you artificially manufacture it,” Dalgleish told DailyMail.com.

Dalgleish and Sorensen claimed that after the pandemic began Chinese scientists took samples of the COVID-19 virus and ‘retro-engineered’ it, making it appear as if it had evolved naturally.

Additionally, to further provide evidence to their claim, in the paper, the scientists wrote that a natural virus pandemic would be expected to mutate gradually and become infectious but less pathogenic, which did not happen in the case of Covid-19. 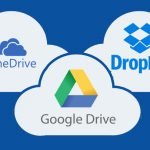 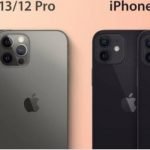