Billy Porter revealed Tuesday that he has been HIV-positive for 14 years, saying he’s finally ready to talk about it and is feeling fine.

“This is what HIV-positive looks like now,” he told . “I’m going to die from something else before I die from that. My T-cell levels are twice yours because of this medication. I go to the doctor now — as a Black, 51-year-old man, I go to the doctor every three months. That doesn’t happen in my community. We don’t trust doctors.

“But I go to the doctor, and I know what’s going on in my body. I’m the healthiest I’ve been in my entire life. So it’s time to let all that go and tell a different story. There’s no more stigma — let’s be done with that. It’s time. I’ve been living it and being in the shame of it for long enough.

To him, “Pose” was “an opportunity to work through the shame [of HIV] and where I have gotten to in this moment. And the brilliance of Pray Tell and this opportunity was that I was able to say everything that I wanted to say through a surrogate. My compartmentalizing and disassociation muscles are very, very strong, so I had no idea I was being traumatized or triggered.” 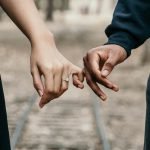 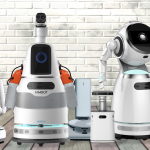