Well, looks like the box full of surprises in 2020-21 is not over yet. It’s time for another shocker in our lives. A bummer comes from a man who had headed Israel’s Space security program for nearly 30 years. The Ex-Israeli Space Security Chief, Haim Eshed has made a controversial statement in one of his interviews with the Israeli newspaper, ‘Yediot Aharonot‘.

During Cold War (July 1947 to be precise) the United States Army Air Forces balloon had crashed at a ranch near Roswell, New Mexico. But the investigations and conspiracy theories claim that it was not a balloon but a ‘Flying Saucer’ and that the truth was covered up by the US government from the public. Ever since the Roswell incident, 1947, the US govt. has been working in mysterious ways. Sources say that all the remnants of the Roswell crash were shifted to the secret US Army Base in Nevada known as Area 15 where the scientists have been trying to study the science behind the ‘Flying Saucers’ and their drivers.

Coming to recent times, Haim Eshed makes an extraordinary claim that the US and Israel have been in contact with a group of aliens who are not immigrants but “extraterrestrials”. He has called them the “galactic federation” of aliens and he says the Ex-President Trump is aware of the existence of these aliens and has been on the verge of revealing his secrets, but he was asked not to do so by the federation to prevent panicked masses.

The retired general says that the US and Israel have kept such big news from the public because according to the Aliens ” The humanity is not ready and the aliens don’t want to reveal themselves until humanity evolves and understands ‘What Space is’ and that’s why they have asked not to publish that they are here. Eshed said that the aliens have come seeking to understand the fabrics of the universe and they are equally curious about humanity. He claims that an agreement has been reached between the US govt. and the Aliens, a contract to perform and do experiments here (on earth) and in a secret underground base on Mars where there are the US and Alien representatives.

Adding cherry to the cake, Trump (during his rule) is responsible for creating a new military branch The Space Force. Trump had justified the addition of Space Force to US Defense division “to protect U.S. and allied interests in space“. He said that space is going to be the future, both in terms of defense and offense and the USA is the leader in space. We all know that the US wishes to become a supreme power both financially and in defense. It became financially powerful during World War and now it is trying to become one in defense as well.. 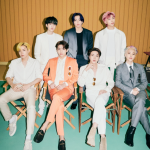 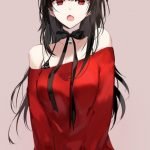