A reply by SpaceX CEO Elon Musk on a tweet consisting of a throwback picture showcasing himself and Amazon CEO Jeff Bezos has now created a Twitter chatter.

While posting the image, Phan also shared a story about what inspired Musk and Bezos to walk on the path of space exploration. The Twitter thread also talks about the feud between the two industrialists regarding the exploration of the world outside our little Blue Planet.

“In 2004, Elon Musk and Jeff Bezos met for a meal to discuss space. It was one of their few in-person interactions. The conversation they had perfectly captures the different approaches they’ve taken to space exploration,” Phan tweeted. 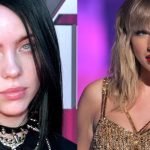