Digipharm is at the forefront of the shift towards value-based healthcare, working to automate and execute value-based reimbursement agreements and ultimately help patients get the best possible care. As a business looking to help disrupt an entire industry, it was essential for them to be able to access and work with different stakeholders across borders.

“It was a massive shock when the UK voted to leave the EU. Everyone actually thought that the UK would eventually reverse that decision. But it didn’t happen,”  says Digipharm’s Chief Operations Officer, Mohammed Rahman.

After Brexit, Rahman and his team noticed that “a lot of companies in Europe, when we would speak to them, had a small fear factor of dealing with companies that were based in the UK. Similarly, when we tried to reach out to investors two or three years ago, one of the key criteria was that you had to be based in the EU.”

Especially from an investment perspective, there are a number of grants that EU-based companies can benefit from. While, as of January 2021, the UK is still participating in the Horizon program (of which Digipharm was a recipient in 2020), a number of others have now been canceled or are now inaccessible to UK startups. And perhaps it’s only a matter of time until the Horizon program is also closed to the UK.

“As a result, we just wanted to be ahead of the game and be available in both Europe and the UK so we opened an entity in Switzerland. It wasn’t primarily because of Brexit, it was just that certain countries demanded that you have a foothold inside of Europe and, from a trade agreement perspective, Switzerland is still part of the EU.”

For startups considering taking this step but uncertain where to start, Rahman says:

“I would definitely recommend other startups to do their research as to which country offers the best benefits for startups. Germany, the Netherlands, and Switzerland for instance all have startup incubator and accelerator programs. You can really benefit from having these remote offices out there and it’s a very low cost, in some instances completely subsidized.”

Digipharm themselves have been part of the DMS incubator in the Netherlands, Hatch CoLab in Switzerland, BlockRocket in Germany, and now SimDH in the UK.

“Getting help from other startups in that environment is also really valuable because you’re all on a journey at the same time so you can learn from each other. This is massively beneficial for getting advice on how to operate your business, target your audience, and raise funding for your startup.”

Brexit was already in the works when Jessica Mendoza founded Monadd in 2018. If you’ve ever faced the digital hassle of updating all your different accounts when you move, Monadd has you covered. Its platform allows you to easily update your address or cancel services across multiple accounts.

While they had mainly been working with users moving within the UK and from the EU to the UK, they’re quickly adding more functionality to move beyond that point. However, Monadd has hit a few roadblocks.

“Brexit has made it more challenging to work with local governments in the EU. It’s a discovery process for the startup but also for the other end,” Mendoza says.

Many of these local governments are still unfamiliar with the implications of Brexit. But this comes as no surprise as many UK leaders seem to be just as clueless.

Being armed with information to educate, not only your business, but also your EU-based customers and partners is key. She offered four great tips to get started.

1. Understand the basics — “To prepare for the transition, I first found a really helpful checklist on gov.uk of things that you need to do in the countdown to Brexit, so I used that as my baseline.”

2. Reach out to experts — “Contact the Department of International Trade (DIT), they do a lot of work with startups and help them with this process.”

3. Get professional legal advice — DIT also connected Mendoza with some lawyers who could help her iron out the legal details. “We’re lucky to have had great legal advice, especially in terms of developing data transfer agreements. Having great lawyers is key.”

4. Connect with other startups — “Also know what’s going on in the startup community. Often the learning process isn’t just discovery, it’s also peer-to-peer and understanding what other startups have been doing and what’s been working for them.”

However, the future of data transfers still presents much uncertainty for Monadd. As Mendoza shared, at the moment the company is keeping data transfers within the UK and hosting all of their data in AWS servers, allowing them to operate in the EU for the time being. They’re now starting to contact different providers within the EU and familiarize themselves with the different options available.

“In terms of data transfers, there was a framework in place that was established across the EU, but now the UK won’t be able to use it anymore. The country is going to have to figure out its own way to trade with the EU. Investors coming from the EU will also need to decide what it will mean for them to have their money in the UK. I’m lucky that I haven’t accepted EU funding yet, but there is interest in that realm.”

For many pre-revenue and research phase startups, Brexit has had less impact on their current operations but has factored more heavily into their plans for the future.

Luckily for Douglas, operating in the MedTech industry, there haven’t been too many changes in terms of data regulations or access to funding after Brexit. However, it has pushed the company to tweak its strategy.

“It did force us to take a more serious look earlier at the US as a market. In medical technology, even US companies often look to the EU first. In part, it’s because the regulations in the EU were easier to comply with for new products. But after the Harmonized European Medical Device Regulations come through in May, this will no longer be the case as the systems will be quite similar,” Douglas explains.

“But the general uncertainty of market access in Europe did force us to look more at the US and there are some positive aspects of the US as a good initial market for a product like ours. It doesn’t mean that we’ll only look at one or the other, we’ll go to both regions, we’re just considering which one might be the best option for our first launch.”

The major changes that the pandemic has brought to our working conditions have also facilitated this shift.

Factor your customers’ demands into your post-Brexit strategy

Like Arete Medical Technologies, being in the pre-revenue stage, Advanced Infrastructure also hasn’t felt a huge impact on their business yet. Instead, Brexit has brought a lot of uncertainties and question marks for the way moving forward.

The startup is tackling the problem of greenwashing by developing data and analytics tools that make carbon emissions accounting and certification more transparent and traceable.

For Lily Cairns Haylor, Chief Customer Officer, one of her biggest concerns for the future is aligning legislation.

“We’re a startup in the energy sector so it’s very relevant to us what approaches countries take to things like emissions reporting and emissions reduction strategies. The UK has just dropped out of the EU emissions trading scheme and it’s creating its own. But this needs cross country collaboration to be effective.”

CEO, Christopher Jackson, agreed, “The UK’s left a lot of EU institutions so, for example, there’s a grid operating association which the UK isn’t a part of now. So any lobbying we can do is reduced. The way I see it, the UK has two options. The legislation can diverge, and then you end up being excluded from the EU market, or the legislation can just mirror the EU legislation in which case you have no control over it and you can’t influence it. In both cases you stand to lose either market or influence and that’s strategically naive.”

Along with the lack of clarity around legislation, access to EU grant funding has also been up in the air.

“Although Horizon2020 grants have continued, not all of the grant programs have. For example, the EIC accelerator is no longer offering funding to UK-based companies after Brexit,” Cairns Haylor says.

With all of these factors to consider, the team at Advanced Infrastructure has decided to delay any final decisions until they have further information.

“The strategic choice we have to make is: do we learn a whole new set of rules or do we simply incorporate a subsidiary in the EU. There is a strong case for the second because our customers are more comfortable with it and it could be a similar administrative workload than trying to figure out the regulation changes,” Jackson explains.

“We’re testing the market now. We’re going to see what traction we get with customers, what their demands are, and the impact on the investment environment before we make a decision.”

Brexit has left us with a lot of unknowns. But, if anyone is equipped to navigate them, it’s the country’s innovative startup community. While there was an air of underlying nostalgia in each interview we conducted, the ambition to grow, disrupt, and experiment with new solutions hasn’t faded. 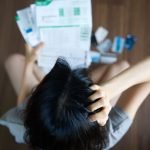 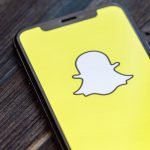