Wagestream, a U.K. startup, has raised $51 million (£40 million) to help U.K. workers who only get paid once a month but need to draw funds from their wages, according to a report.

About 85 percent of all paychecks in the country are disbursed monthly, and the trend continues to rise in popularity as employers deal with rising payroll costs. Wagestream works with employers to allow workers to pull out a percentage of their income for a flat fee of  £1.75 per withdrawal.

“We are funding all of the withdrawals up front,” said CEO and Co-founder Peter Briffett. “We are the first company to marry workforce management and financial data.”

The funding comes packaged as equity and debt. Balderton and Northzone are leading the equity side, making up about £15 million.

Savings bank Shawbrook invested £25 million on the debt side to finance the worker draw-downs. Other investors include the Rowntree Foundation, the London Co-investment Fund (LCIF), QED and a social venture fund called Village Global, which is backed by Jeff Bezos and Bill Gates.

The company’s valuation was not revealed, but Wagestream has raised a total of almost £45 million so far, and Briffett said “the valuation is definitely higher now.”

He added that the company is currently in talks with Amazon, and has signed up a number of U.K. companies. It covers a total of around 120,000 workers.

Amazon would be a boon for Wagestream, as the company aims to expand through Europe and potentially the rest of the world. The retail giant has many six-figure-earning employees, but it also has one of the biggest caches of hourly employees in logistics operations in and around its warehouses. These would be the employees who Wagestream could potentially help – employees earning just enough or slightly more than what is needed to get by, and could be victims of what Briffett calls the “payday poverty cycle.” 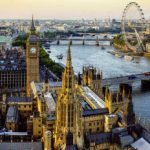