Rishi Sunak, the Chancellor of the Exchequer, is being investigated by Lancashire Police after a video surfaced of him not wearing a seat belt while a passenger in a moving car. The prime minister has apologized for the incident, stating that it was an “error of judgement” to remove his seat belt in order to film a social media clip. Not wearing a seat belt carries a maximum fine of £500 in the United Kingdom. Sunak’s spokesperson has stated that the Chancellor fully accepts that this was a mistake and apologizes for the incident. The prime minister was in Lancashire when the video was filmed, during a trip across the northern region of England. The video, which was posted on Sunak’s Instagram account, was intended to promote the government’s latest round of “levelling up” spending. The video can be seen addressing the camera while the car travels along, with police motorbikes briefly appearing in the background.

Rishi Sunak is a British politician who has served as Prime Minister of the United Kingdom and Leader of the Conservative Party since October 2022. He previously held two cabinet positions under Boris Johnson, lastly as Chancellor of the Exchequer from 2020 to 2022. 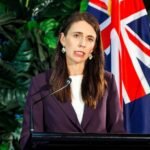 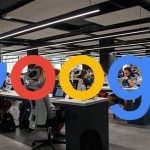