Former England captain Michael Vaughan slammed Virat Kohli for his dismissal against Sam Curran on Day 4 of the Lord’s Test. Vaughan termed it ‘not good batting’ from the Indian skipper and urged him to undertake and find his off-stump once more .

After getting off to an honest start to the innings, Kohli nicked one to Jos Buttler off the bowling of Curran just before Lunch, leaving the side struggling at 55/3.

Michael Vaughan acknowledged that Kohli knew where his off-stump was during the previous tour when had had success in English conditions. However, he seems to possess lost that alignment now. Michael Vaughan said on BBC’s match game Special podcast:

“Really good bowling, not good batting. Virat Kohli may be a better player than that. When he had success in English conditions, he was knowing exactly where his off-stump is. His trigger movement goes over to the off-stump and he knows where it’s .””So far during this series, I just ponder whether he lost his off-stump because he’s going over quite great distance and his head goes with him due to that, i feel he thinks his off-stump is round the fourth and fifth stump line. He must revisit into alignment.”
The former English batter reckons that Virat Kohli is falling repeatedly into England’s trap of bowling wide outside the off-stump.

“He played at a good ball from the pavilion end and you’d think, that’s exactly where England want you to be Virat. they’re getting to bowl the fifth stump, filled with length. and that they want him to throw his hands at the ball as he did today.” 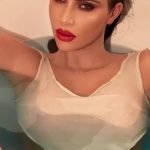 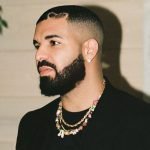