Corrupt Indian cops helped terrorists identify less monitored locations near the Pathankot Airbase and helped them hide grenade, mortars, arms and ammunition before January 2, 2016, attack on the airbase, two foreign journalists in their book “Spy Stories: Inside the key world of the R.A.W. and the I.S.I” have claimed.

Authors Adrian Levi and Scot Clark have claimed that a gaggle of armed terrorists belonging to Jaish-e-Mohammed entered India after crossing the Ravi river within the Indian army attire. They, then, hijacked a couple of four-wheelers and moved towards the Indian Air Force base in Pathankot. After reaching there, they crossed a wall and moved towards the residential district where they opened fire first.

The security forces gunned down four Jaish-e-Mohammed terrorists near the residential district , while three security personnel were martyred within the attack. subsequent day, an IED blast was administered by terrorists during which four Indian soldiers were martyred. The Indian security agencies took three days to bring things in check at the Indian Air Force base in Pathankot. The authors of the book claim that India responded by heaping pressure on Pakistan by threatening war.

The book further mentions that the combined investigating agencies were honest with their internal report on the Pathankot Indian Air Force base attack administered by Jaish-e-Mohammed terrorists. 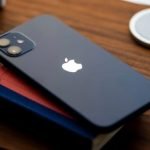 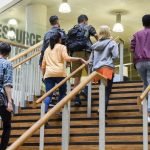