The first weekend of the Premier League is in the books and the champions Man City slipped up to lose to Tottenham, while Manchester United, Liverpool and Chelsea made title claims with impressive wins.

Newcomers Brentford shocked Arsenal, while Watford also won on their return to the top tier against Aston Villa, who were beginning life without Jack Grealish.

But despite football’s return, there is still focus on the transfer market, with many managers reiterating their desire to add to their squads before this window’s deadline.

Arsenal are the latest club to be linked to Lautaro Martinez of Inter Milan, with Tottenham also linked to the Argentine, though the Nerazzurri recently sold Romelu Lukaku to Chelsea for £97.5m and may be reluctant to sell another star forward amid fan unrest.

Paul Pogba’s future is silently becoming an issue at Old Trafford, despite four assists in the fine win over Leeds, with the Manchester United midfielder’s contract now just one year away from expiring and The Independent has learned that Paris Saint-Germain, after adding Lionel Messi on a free transfer, would be keen to strike another colossal free transfer next summer by doubling the Frenchman’s salary. 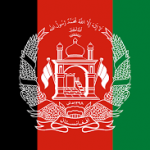