Jack Bloomfield is a 19- year old boy, founder and CEO of DISPUTIFY. He’s not a perfect student or a school captain. While other kids have fun, for Jack its school by day and running a million dollae ecommerce business by night.

He balances running 5 ecommerce stores that sell the trending products with speaking gigs and of course doing his homework. Yet his teachers say he’s a very humble student. He has a great interest in the business from a very young age. He’d go with his parents and earn some dollars selling the lolly bags and saved money to create his first app when he was 12 years old.

When he was 15, he was deeply occupied in the ecommerce business where through an online website he would sell items like flashlights, remote controls and clips. He used the drop-shopping method. Drop-shopping method is where the store sells the product sends it to the another supplier who then packs and ships it to the customer. And he became a self made billionaire before completing his high school.

Despite every information given by him, it’s not sure what he sells or do in his stores. It’s roughly referred as ‘ecommerce stores’. Jack never wishes to reveal what his real store is and dosen’t care about people opinion and he also says he’s willing to take that risk.

He says he did not like to be referred as a young billionaire because at some point people asks about his business and when he refuses to reveal what really is the doing they’d be sceptical. Of the next 10 years, he says he sess himself doing things what he likes and loves like teaching guiding and inspiring.

His story is one of the going against the grain identifying trends and doubling down on skills and personal brand to open the doors of dreams. 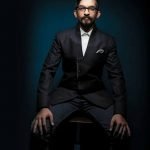 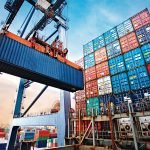