It is said that when God first created man, he became very interested in his child. God loves man very much as his own child.

Humans today have been able to invent artificial intelligence and robots. Today, robotics technology is not so advanced that it will be possible to create advanced intelligent robots, but people are very interested in this invention. To be precise, they are human offspring. People are constantly trying to improve them and they are breaking new records one by one.

If we think that way, God is not live with men. So people do not try to compete with him or her in any way. People think God is omnipotent and with God’s blessing human life can be better. But after a while, the relationship between the father and the child between humans and robots may not be like that. Because when the artificial intelligence of the robot is fully developed, it will try to rise higher than the human. Then he will consider himself the god of men. Maybe that day people who are physically weak and less intelligent will become slaves of robots. This topic is discussed in detail below.

We all know that robots are just a metal structure without artificial intelligence. This AI controls all the functions of the robot just as the human brain controls the whole body. However, there is no place for the placement of robotic brains like humans. It is true that there are attempts to change some of the robotic designs according to convenience. This means that by placing the robot’s brain in a separate place as needed, it is possible to make the robot more efficient.

Artificial intelligence, created through computer coding, is currently used for security purposes. There will be more growth in the future. This means that the AI system that will provide us protection in various fields, they need to be more advanced. Attempts are being made to improve it to such an extent that he can make his own decisions in adverse circumstances.

At present robotics technology is slowly being incorporated into our personal life. Robotics is being used in various places like smart home, self-driving car, automatic vacuum machine, etc. Here, advanced technology is making life easier for people as well as providing security. If this complete technology can be accessed through a particular AI. This means that it is possible to create a particular AI that will be able to command these physical and virtual AI. Then it can be used as a robotics personal assistant

Android robots are specially made to look like humans. So that they can do the same thing as humans. They respond by listening to people. They talk the same as humans. Walking, running, dancing, etc. like human beings. People are much more inspired by them. In many cases, they are given network access. So that they can know different information and can be controlled remotely.

However, efforts are being made to make Android robots for all kinds of work. These will probably do the servant’s job in the near future. In addition, efforts are being made to improve them as a means of entertainment. According to many, in the future, robots will be able to participate in various indoor and outdoor games. Today, various games including chess, ludo, tic-tac-toe can be played with the computer. The opener here is AI. And in many cases, AI wins this game. In other words, they have achieved the intelligence of losing people. So in the future, it is possible to hope that artificial intelligence will improve a lot.

The Cause Of Fear

The process of this advancement of robotics is a very good thing. There is no problem for anyone. But if the intelligence of the robot increases so much from being advanced, it thinks that it has been made just to enslave humans. But one day he may declare rebellion. And if so much advanced technology, on which human civilization relies, revolts, the next day will be even more difficult for human beings. So like many, different robots should be made for different tasks and never a combo pack should be made. And there should never create a robotic assistant like giving any command to any other AI. If this is possible, human civilization will move forward faster through this technology. 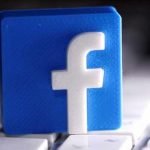 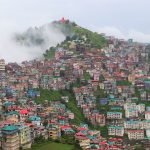