The Zhurong rover from China has returned fresh photographs from Mars, including a “selfie.” The robot, which first landed in May, placed a wireless camera on the ground and then rolled back a short distance to capture a picture. The rocket-powered platform that brought the six-wheeled vehicle to a gentle landing is on Zhurong’s right. Both have big Chinese flags on them.

The ramp that Zhurong is having to drive down to get to the surface is visible, and also the traces it made in the dust when it goes around. From the landing location, a third image looks out to the horizon. Utopia Planitia, a huge landscape in Mars’ northern hemisphere, is the name of this area. The Chinese space agency unveiled all of the photographs at a ceremony to commemorate the rover mission’s success.

Zhurong is to serve on Mars for at least 90 days, according to scientists.

Also, the robot resembles the Spirit and Opportunity vehicles made by the United States National Aeronautics and Space Administration (NASA) in the 2000s. It is 240kg in weight. Five other instruments will explore the mineralogy of nearby rocks and the general condition of the environment, including the weather, atop a tall tower that will capture images and help navigation.

Accordingly, Zhurong like the latest American rovers includes a laser instrument for zapping rocks and determining their chemical. It also includes a radar, which it shares with Perseverance, for searching for subsurface water ice.

The University of Arizona in the United States published a color image of Zhurong obtained from orbit on Thursday. HiRise, a camera made by the university, is on Nasa’s Mars Reconnaissance Orbiter. 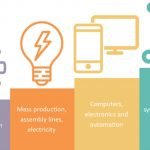 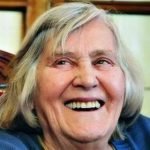