An online news publication has obtained information purporting to illustrate how little income tax US billionaires pay. The tax returns of some of the world’s wealthiest people, including Jeff Bezos, Elon Musk, and Warren Buffett, are under surveillance by ProPublica.

So according to the website, Jeff Bezos paid no taxes in 2007, 2011 and Tesla CEO Elon Musk paid no taxes in 2018. The leak was labeled “illegal” by a White House spokesperson, and the FBI and tax officials are looking into it. ProPublica claimed it was analyzing a “huge quantity of Internal Revenue Service data” on billionaires’ taxes.

According to ProPublica, the wealthiest 25% of Americans pay less in taxes. An average of 15.8% of adjusted gross income – than the majority of US employees.

ProPublica senior writer and editor, Jesse Eisinger told the Today Show: “We were astounded to see that if you were a multi-billionaire, you could get [tax] down to nothing. The ultra-wealthy individuals may circumvent the system in a completely legal manner”. “They have an incredible capacity to locate deductions, credits, and exploit systemic flaws,” he stated.

He also claims that billionaires in the US acquire an asset, construct one, or inherit a fortune, and borrow against it.

They don’t make any income since they don’t realize any profits or sell any shares, which may be taxed.

“Using entirely legal tax tactics, many of the rich are able to decrease their federal tax obligations to zero or close to nothing”.

Like many regular Americans, the rich can lower their income tax bills by making charitable contributions and withdrawing funds from investment income rather than wage income.

According to ProPublica, the wealth of the 25 wealthiest Americans increased by $401 billion between 2014 and 2018. They paid $13.6 billion in income tax during that time.

His staff did not respond to a request for comment from the BBC. It stated in a statement to ProPublica that Mr. Soros owed no taxes for certain years due to investment losses.

He had long advocated for increasing taxes on America’s wealthiest people, according to the statement. 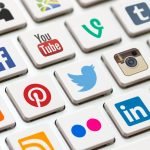