Prafull was a B.Com graduate from the village of Madhya Pradesh. He wanted to pursue his further education at the top colleges of India. His dream was to do an MBA in Ahmadabad for which he shifted to Gujarat. While he was completing his graduation, he worked as a salesman earning up to 25,000 per month as Amy Salesman. He left the salesman job and went to Indore to prepare for the entrance exam of MBA. There he also completed his English speaking course. he did try a lot but couldn’t achieve his expected marks in the exam. Prafull didn’t lose hope then too and decided to appear once again. In the next shot, he got 82% percentile but still, it wasn’t enough to get him into the prestigious college of India. His family forced him to take admission in other low-ranked colleges but Prafull didn’t want to settle for any less.

To overcome the disappointment of getting into the dream college, Prafull decided to start a business. He then migrated to Ahmadabad and took up the job at MC Donald and also explored the city. He worked for three months at MC Donald and found the courage of starting something on his own. He initially wanted to start a restaurant with 10-12 lakh of investment. Later he changed his mind to start something small and less risky as opening a restaurant is very risky. He believes in the concept of ‘Dream Big, Start Small, and Act Now’.

Prafull borrowed money from his father in the name of doing a professional course in import and export. He didn’t dare to explain his idea of selling tea to his family. To start selling tea on streets 8,000 was enough for him to begin his business journey. He opened his tea stall at night between 7 pm to 10 pm. In the morning he was working in the MC Donald.

Prafull’s tea was different from others. He used to sell his tea in earthen pots which gained public attention. On his first day as a tea seller, he earned 150 rupees. On the second day, he sold 20 cups and earned 600 rupees. Within just a month, he started selling 10,000-11,000 cups. He used to serve his tea with some toast and tissue paper and made a combo. Soon, his family came to know about his doing in Ahmedabad. They came to know after a YouTuber made a video on him. Initially, his parents reacted negatively but later agreed and supported him. He then quitted his McDonald’s job and focused on his business full-time. He later shifted to another locality because the tea vendors of the previous area asked him to shut his business and go somewhere else. This time he chose an area where there was a lot of colleges and office and did a proper setup.

2019-2020 Prafull registered the turnover of rupees 3 crores. His private limited company now hires up to 20 employees. He made a great success within few years. He now is an inspirational speaker, giving motivation to young people to start something on their own. He speaks at various platforms and colleges including his dream college.

Many people question him about the name of the tea stall as he named it MBA Chaiwala. MBA stands for Mr. Billore Ahemdabad. This unique name is what he is known as all over India. His success story has a lot to learn from. He did face many obstacles but he remained constant and stubborn in achieving his dreams. 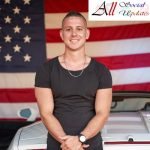 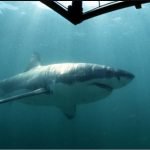