A twenty-year-old man by the name of Nathaniel Veltman ran over a family with his black pick-up truck in the city of London in Canada’s central Ontario province.

On Tuesday, Canada’s PM Justin Trudeau called the killing of the Muslim family a “terrorist attack” fuelled by hatred of their diverse communities. This is an act of Islamophobia and terrorism as the man was caught wearing an armour vest – suggesting that it was intentional and preplanned.

These claims came after the reports from relatives of the family that the victims were walking together on the sidewalks (three generations – husband, wife, the husband’s mother and their teenage daughter). Four of them were killed and their nine-year-old son is hospitalised.

Trudeau hopes for the best for the child but is quite worried as well as the child’s life has become quite grievous and incomprehensible at the moment and his future might not be the same as before.

The twenty-year-old suspect is charged with four counts of murder and one count of attempted murder. 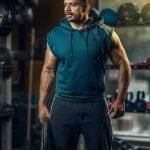 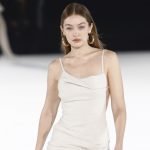