Apple must follow the orders and send Mariana a complimentary charger within 10 days.

Apple removed the charging adaptor from the Apple iPhone 12 retail package and has angered many people everywhere. If you’re one among them, the following information may bring a grin to your face. The Brazilian government punished Cupertino-based tech giant Apple in March for omitting the charging adaptor from the retail package of the flagship iPhone 12.

The corporation paid a penalty of USD 2 million, but it appears that this was insufficient for the Brazilian authorities. After losing a lawsuit against Mariana Morales Oliveira of Santos (Sao Paulo), Brazil, the business appears to be offering iPhone 12 customers a free charging adaptor. Let’s take a deeper look at the most recent case and its outcome.

In Brazil, Apple will provide a charger adapter

According to sources, the case’s ultimate judgment made on May 23rd, 2021 in which Mariana won. Mariana’s attorney argued that the situation is referred to as a “tied sale”. He said that the charger has been taken out from the retail packaging. Users are made to purchase an additional accessory. It also came in retail packaging that did not promote Apple’s environmental objective.

“THE ISSUE OF WORLD PROTECTION THAT APPLE CLAIMS, CLAIMED AT LAUNCH, DISCLOSED IN THE PRESS, AND ALSO CLAIMED IN THE PROCESS THAT IT IS A CONCERN FOR THE ENVIRONMENT. WHAT WE SAID, AND WHAT THE JUDGE SAID, IS THAT THE ENVIRONMENTAL PROTECTION THAT APPLE SAYS IT HAS IS SELECTIVE PROTECTION. THE MANUFACTURER HAS NOT STOPPED SELLING THE ACCESSORY, SO IT IS RELATIVE PROTECTION. THE CHARGER IS STILL BEING MADE. THE ONLY DIFFERENCE SO FAR IS THAT IT DOESN’T COME WITH THE DEVICE. YOU CAN, HOWEVER, BUY IT SEPARATELY. ONLY THE CHARGER THAT COMES WITH THE SMARTPHONE POLLUTES THE ENVIRONMENT? DOESN’T THE SEPARATE CHARGER?”

Therefore, the dispute is now over, and the corporation must comply with the court’s requirements and provide Mariana with a free charger within 10 days. If Apple fails to provide the charging adaptor, it will have to pay 200 Brazilian Reals every day. With a maximum fine of 5,000 Brazilian Reals.

Mariana appears to have got a great result, and the other iPhone 12 customers who are not happy with Apple’s decision. This would be a significant lesson for Apple, and the corporation would likely reconsider its actions in the future. 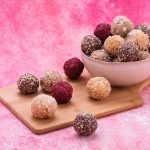 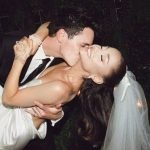