Mumbai (formerly known as Bombay), is the capital of the state of Maharashtra and is the most populous city in India. The city’s change in name did not alter the sentiments Mumbaikars (people from Mumbai) have for this place. People from all walks of life flock to the city every day to earn a living. Mumbai is the heartbeat of all Mumbaikars no matter where they settle!

Here are the 10 most prominent reasons that make Mumbai a special city!

The Hindi movie industry, popularly known as ‘Bollywood’ is the largest producer of movies in the world. Priyanka Chopra, Amitabh Bachchan, Irrfan Khan, Aishwarya Rai, Deepika Padukone, and King Khan a.k.a. Shah Rukh Khan are some of the iconic film stars residing in Mumbai. Being the entertainment capital of India, Mumbai’s popular Bollywood songs captivate all music lovers, making them groove to its beats.

One of the best experiences in Mumbai is its rains. All Mumbaikars encounter a roller coaster ride every day while traveling on potholes to reach their destinations. The loud pour of rain with thunder and lightning lowers the heat of the city and simultaneously halts the mobility of people. It causes floods everywhere leading to long hours of traffic, but a combination of hot karak chai, pakodas (Indian fried snack) and music will set your mood right.

Irresistible dishes such as ‘pani puri’, ‘dahi puri’ (pictured above), ‘paav bhaji’, ‘ice golas’ and not to forget, vada paav with spicy garlic chutney are the soul of street food in Mumbai. The Bademiya restaurant, a tiny place located in Colaba behind The Taj Mahal Palace Hotel, takes street food to the next level by serving hot kebabs in a platter and the table to eat on is none other than the bonnet of your car!

4. Bringing All Cultures & Religions Together

Mumbai has a diverse culture that shares and embraces the essence of all festivities around the year. Ganesh Chaturthi, Holi, Diwali, Eid, and Christmas are the key festivals celebrated with fanfare. Mount Mary (Bandra Fair), Shree Siddhi Vinayak Temple, Haji Ali Dargah and Mahalaxmi Temple are popular places of worship.

Gateway of India is an important monument in the city of Mumbai and was built during the 20th century to welcome the visit of King George V and Queen Mary, which also witnessed the last British regiment parading out of India. Sir J.J. School of Arts – the oldest art institution, Prince of Wales Museum, Elephanta Caves, Juhu Beach and Marine Drive – also known as the Queen’s Necklace are a few of the tourist attractions.

Cricket is one of the most famous and loved sport. The Board of Control for Cricket in India (BCCI) is headquartered in Wankhede Stadium and is the richest sport body in the world. Sachin Tendulkar, considered the legend of cricket, also hails from Mumbai-Maharashtra. Wankhede Stadium is the most renowned ground in Mumbai; it has witnessed many outstanding cricketers play from all over the world.

Chhatrapati Shivaji Terminus formerly known as Victoria Terminus (VT) is a UNESCO World Heritage Site. This central railway station stands strong for over 130 years as a grand iconic structure. VT serves as a mode of transportation to thousands of people who travel long and short distances every day.

‘Linking Road’ and ‘Fashion Street’ are two fashion hubs of Mumbai. Street stalls display a variety of Indian and Western clothing, shoes, bags, and accessories. People throng to grab the best bargain. Gaining popularity over the years, it invites people to shop till you drop.

Bombay stock exchange is the first and oldest stock exchange in Asia. Tata Group, Aditya Birla Group, and Reliance Industries are the major pillars of the industrial sector and, various business houses promote the economic growth of Mumbai.

Marathi is the official language of Mumbai. However, apart from Hindi, Marathi and other languages, one dialect that stands out is the Mumbaiya language, commonly known as Tapori language. Incorporated within many movies and also in day-to-day life, speaking this is an identity of a true Mumbaikar. Bole toh.. ekdum jhakaas! (So to say, it’s just awesome!) 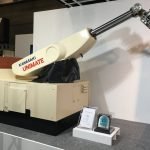 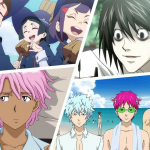