Life is beautiful is a 1997 Italian masterpiece directed by Roberto Benigni. The first part of the story filled with laughter, and warmth about a gentle charming. Yet humorous Italian- Jewish writer who eventually wins the heart of the girl of his dream.

While the next half will make smiles with tears. Showing how a father protects his young son’s innocence despite everything horrible going on by pretending it’s all a big game. You can watch this movie with your family for sure.

Life of pie is a beautiful, emotionally resonant tale of faith, friendship, kindness, and perseverance. It is a movie of 2012 based on Yann Martel’s novel published in 2001 of the same name and directed by Oscar-winner Ang Lee.

This movie will take you on an unexpected journey of survival. Where a young boy is trapped on a boat in a vast ocean along with a notorious beast (Tiger) aka Richard Parker. Where both have to struggle for survival. The most lovely factor is that this struggle develops an amicable relationship between them. This movie teaches us to believe in God every time, To be patient, To face ourselves hurdles, and never be hopeless.

It is one of the best movies in Hollywood. Based on a real-life novel. This movie was written and directed by Sean Penn. This is a classic road travel movie for an audience and spiritual guidance for the human. This film has a series of themes and a lot of messages. How a 23 yrs old boy realizes the meaning that,

This one is a 1998 American comedy-drama -science fiction movie directed by Peter Weir. This movie will blow you away from that it has everything into a perfect package. The storyline, the acting, the execution everything about this movie is outstanding.

It takes innovation into a level-up. This movie starts with a dull moment but when u get to indulge in it changes into an incredibly exciting one. And to the conclusion. we can say this is a quite versatile movie on its own. Do watch the movie it’s worth it!

Pay It forward is a truly unique inspiring story of Mimi Ladera . Based on a novel of the same name by a boy of 11 yrs old directed by Catherine Ryan. This is the story of how the Lil boy makes a change in the world by his idea of how should we “pay it forward”.

This movie spreads the concept of humanity. The movie ends up with a very emotional note. When he died because of getting stab by a boy. (Despite his death he inspired a lot of people to do his idea of helping others ) 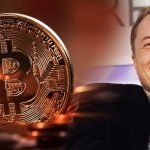 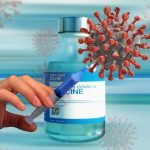