Let’s talk about the inspiring life story of the most famous player in the world of wrestling popularly known as the Rock Ring. His actual name is Dwayne Johnson who was not just popular in wrestling but also Hollywood. Not just this, he has even excelled in professional football matches.

The Rock was born on 2 May 1972 to Rocky Johnson, who even was a professionally famous wrestler and Atta Mavia, who was the daughter of wrestler Peter Mavia.

Rock was connected to the Anoa’i family which formed the cradle of other masters of wrestling such as Umaga,  Rikishi, Yokozuna, Roman Reigns etc. His cousin even had earned the name of Nia Jax in wrestling.

He had seen his father playing in the ring since his childhood days but he was not attracted towards wrestling as his profession.

He took a special interest in football and desired to make a life in it. He spent his early life at Grey Lynn of New Zealand where he completed his primary education at Richmond Road Primary School.

After which his family again shifted to the United States of America where he completed his high school education from Primary William Mckilne High School. After this, he had to move along with his family to Bethlehem Pennsylvania due to his father’s transfer.

He started studying at Freedom High School. During his schooling, he started representing his school in football at various places.

Apart from football, he even used to participate in other track events and wrestling. He grew up to be known as a professional footballer.

As a result of this, he received offers from various universities. Finally, he took his admission based on a full scholarship at the University of Miami.

He even started serving the National Championship Team of his university as a defensive tackle.

FROM FOOTBALL TO WRESTLING

Moving on to his professional career, he even played for Canadian Football League. As he was injured severely, he was kept aloof from the team for few months.

He was replaced by Warren Sapp who then became the star player of the National Football League. Due to severe injuries and setbacks, he decided to quit football as his professional career.

After this decision, he started working hard to make a career in wrestling. He was initially trained by his father for about one year and signed a contract with WWF in 1996.

On November 4, 1996, he played his first-ever debut on Monday Night Rock Episode as Rocky Maivia.

He played his first match on November 17, 1996, in Survivor Series where he defeated Crush and Goldust.

On 13 February 1997, he defeated Hunter Hearst Helmsley and earned the laurel of the International Championship.

He started earning a lot of name and fame as a result of this championship. On 28 April 1997, he received a knee injury while playing with Mankind. He had to stay away from the ring for few months.

He returned to the ring in August 1997 and formed a team named Nation of Domination. He even won the Royal Rumble Championship.

FROM WRESTLING TO ACTING

Between 1996 – 2004, Rock earned many glories in his professional career. He even became a third-generation wrestler. Since 2004, he made wrestling his part-time career and devoted his full time to acting. He made his debut film, The Scorpion King in 2002.

Apart from this, he even worked in many other films like The Mummy Returns, The Rundown Be Cool, The Game Plan,  Faster Journey 2, Pain & Gain, Fast & Furious 6, Empire State, Baywatch. In 2016, he even earned the title of being the highest-paid actor.

He even made his place in The Times Magazine’s one of the 100 most influential people. He excelled in every field he put his step in. 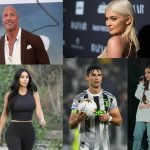 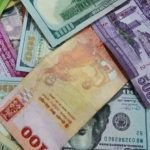