Egypt in mediators held talks on Saturday to firm  upon Israel – Hamas ceasefire as Palestinians in the Hamas ruled Gaza Strip began to assess the damage from 11 days of intense Israeli bombardment. A130 truck Convoy carrying urgent humanitarian aid headed to Gaza.

Saturday marked the first full day of a truce that ended the 4th Israel Hamas war in just over a decade. In the fighting, Israel unleashed hundreds of air strikes against militant targets in Gaza, while Hamas and other militants fired more than 4000 rockets towards Israel. more than 250 people were killed, the vast majority of them Palestinians.

Both Israel and Hamas have claimed victory. There was a widespread expectation that the ceasefire would stick for now, but that another round of fighting at some point seems inevitable. underlying issues remain unresolved, including an Israeli Egyptian border blockade, now in its 14th year, this is choking gaza’s more than two million residents and a refusal by Islamic militant Hamas to disarm.

The war has further sideline Hamas main political rival, the internationally backed Palestinian Authority. On Friday, thousands of Palestinians in the al-Aqsa compound chanted against Palestinian president Mohammed Abbas and his self rule government.

“Dogs of the Palestinian Authority , out.”they shouted and “the people want the president to leave”.

It was an unprecedented display of anger against Abbas. despite his weekend status he will be the point of contact for renewed US diplomacy, since Israel and the West, including the US,Consider Hamas a terrorist outfit.US Secretary of State Anthony blinken is to meet with Abbas and Israeli leaders in the coming week.

Abbas met on Saturday with Egyptian mediators, discussing the rebuilding of Gaza and internal Palestinian ties, according to the official Palestinian news agency wafa.

An Egyptian diplomat said on Saturday that two teams of mediators are in Israel and the Palestinian territories some firming up a ceasefire deal and security long term come. The diplomat said talks include implementing agreed on measures in Gaza and Jerusalem, including ways to prevent practises that led to the latest fighting. 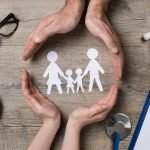 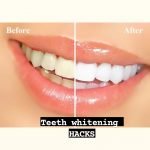