Netflix provides its audiences with several options to choose from. But many a time, we end up wondering which movie will be worthy enough to watch?

Netflix has added a Top-10 feature, which tells us what maximum people are watching every day but, they don’t provide us with the additional information about the movie.

So, are you someone searching for new movies to watch on Netflix? We are here at your rescue. We have made a list of 10 movies that you should not miss out on this summer.

So, let’s get started.

The first movie on the list is ‘The Whole Truth’, released in the year 2016 under the direction of Courtney Hunt. It is one hell of a thrilling movie, starring Keanu Reeves, Renée Zellweger,Gugu Mbatha-Raw, Gabriel Basso, and Jim Belushi. While working on a case, Richard Ramsey, a defense attorney, finds out the shocking truth about his client family, who accused of murdering his father.

ARMY OF THE DEAD

Are you someone who is fascinated with zombie’s then this a must watch movie for you. Under the direction of non-other than Zack Snyder, this movies gives you goosebumps and takes you on one hell of a ride. In the outburst of Zombies in Las Vegas, a soldier plans a heist with the Zombies who turn out intelligent than their ancestors. Even if you are not a fan of zombies, you should consider this movie to watch because of the direction and VFX shown.

THE WOMAN IN THE WINDOW

Directed by Joe Wright, this movie hits the platform on 14 May 2021, starring Amy Adams in a lead role. A woman who has agoraphobia forced to live alone in a small apartment in New York City discovered a disturbing murder mystery of her neighbour. This movie is a nail-biting murder mystery.

Home is a family animated sci-fi comedy, released in the year 2016, under the direction of Tim Johnson casting Jim Parsons, Rihanna, Steve Martin, and Jennifer Lopez. The story is about the friendship between a girl and an Alien named Oh.

MADAGASCAR 3: THE EUROPE MOST WANTED

Next on the list is also an animated film from the famous  Madagascar franchise. Under the direction of Eric Darnell, Conrad Vernon, and Tom McGrath. Watch how these zoo animals find themselves in Europe.

If you love the Madagascar movie, then you will definitely like this one too. What happened when suddenly someday some animals find out that they could talk?

If you need a good cry, then this movie is for you. Under the direction of  Julio Quintana, starring- Dana Wheeler-Nicholson, Dennis Quaid, Bruce McGill in lead roles. The story is about a man who enters into the biggest fishing tournament with the hope of bettering his living condition.

THE MITCHELLS VS THE MACHINES

Light-hearted family fun, The Mitchells vs The machines is a decent movie you must watch. What happens when a  family on their road trip finds out that they need to save the world. 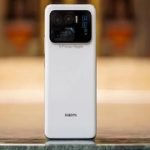