What is Mental illness?

2) Personality disorder: It refers to behavioral, emotional, and thought patterns that generally deviate from individualist culture expectations. According to the diagnostic criteria in the DSMV, these differences must be causing the individual a significant amount of distress, in the way they see themselves others and situations inappropriate or exaggerated emotional responses, impulse control, and how well the individual relates to and functions.

3) Attention deficit hyperactivity disorder:  The stereotype of a person diagnosed with ADHD is usually a small child who’s bouncing off the walls. Mostly, children are affected by this disorder. ADHD affects people of all ages and includes multiple symptoms such as inability to concentrate, forgetfulness, ability to sit still, restlessness, and losing things. An individual’s symptoms vary depending on their age, gender, and type of ADHD.

4) Post-traumatic stress disorder: People will come across something so stressful that it affects them permanently. A traumatic event is considered an event that should not have happened, such as a natural disaster, an assault, childhood neglect, abuse, starvation, and so on. The stress and trauma stop on their own for most people when the mind and body understand the individual is no longer under attack.

5) Depression: Although the occasional low mood is a normal response to negative situations, depression entails low moods that are severe and last longer than six weeks. This manifests differently in women than men. Women tend to experience depression as feelings of sadness, worthlessness, and shame or guilt. Men tend to mistake the symptoms of depression as fatigue and being easily irritated.

7) Eating disorder: In addition to this total focus on their physical flows, eating disorders are defined by dysmorphia and the binge purse restrict cycle of behavior. This cycle comes from the person’s feelings of extreme distress and disgust about their body.

8) Obsessive-compulsive disorder: If OCD, is a type of anxiety disorder. The common stereotype of an individual diagnosed with OCD, if someone is obsessed with cleaning or counting to a comical degree. This obsession can be things like cleaning or double cleaning etc.

9) Autism Spectrum disorder: ASD begins in childhood but many individuals are not diagnosed until adolescence or adulthood. It is characterized by significantly impaired social interactions, learning, and communication.

10) Schizophrenia and psychotic disorder: people usually have their first psychotic break between the ages of 16 to 30 which means many adolescents and adults will experience their first psychotic break every year. It lasts more than 6 months. Someone suffering from psychosis has breaks or disruptions in their reality, which manifests in behaviors such as religious delusions, audiovisual or tactile hallucinations, etc. 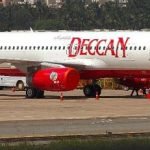 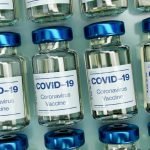