On January 12, 2023, Miley Cyrus released a powerful and emotional new track that has fans talking. Not only is the song a musical masterpiece, but the timing of its release is also noteworthy as it coincides with her ex-husband Liam Hemsworth’s birthday. The 30-year-old singer also dropped the music video for the track, “Flowers,” which showcases her incredible style and talent.

The video starts with Miley walking towards the camera in a stunning gold outfit, which was previously revealed in promos. As the beat drops, she sings lyrics that are both heartbreaking and empowering, such as “I can buy myself flowers / Write my name in the sand, Yeah, some things you don’t understand / But I can take myself dancing, yeah / I can hold my own hand / Yeah, I can love me better than you can.” Throughout the video, Miley showcases a range of looks, including a black lacy lingerie/swimsuit and a black power suit. As the song comes to an end, she is seen dancing freely and confidently.

While Miley has not confirmed whether the lyrics of “Flowers” are a dedication to Liam Hemsworth, fans have speculated that the song is about their infamous breakup. The lyrics contain several references to the couple’s past, such as the line “Built a home and watched it burn,” which is believed to refer to the couple’s Malibu home that was destroyed in the 2018 Woolsey fires. Additionally, the chorus is inspired by Bruno Mars’ “When I Was Your Man,” a song that Liam once dedicated to Miley. “Flowers” is the lead single from Miley’s upcoming eighth studio album, “Endless Summer Vacation,” which is set to be released on March 10, 2023 via Columbia Records.

Miley Cyrus is a renowned American singer, songwriter and actress who has been entertaining audiences for over a decade. She rose to fame in the early 2000s as the lead character in the Disney Channel series “Hannah Montana.” As her career progressed, Miley has proven to be a versatile artist, seamlessly transitioning from a child star to a successful adult musician. She has sold over 15 million albums and 150 million singles, making her one of the best-selling music artists of all time.

Miley Cyrus has been known for her captivating performances and unique style. Her music is known to be a fusion of country and pop, which has resulted in hit singles like “Party in the USA,” “Wrecking Ball,” and “Malibu.” Her voice is a powerful instrument, and she has been praised for her impressive vocal range. Throughout her career, she has won many awards, including the MTV Video Music Awards, the iHeartRadio Music Awards and the Grammy Awards.

Miley Cyrus is also known for her philanthropy, and she has been actively involved in various charitable causes. She is a strong advocate for the LGBTQ+ community and has been an active supporter of various organizations that work towards the betterment of the community. She has also been an advocate for environmental causes, and has been involved in various initiatives to reduce carbon footprint and promote sustainability. Additionally, Miley also supports various children’s charities and has been actively involved in supporting children’s hospitals. With her music, performances, and charitable efforts, Miley Cyrus has solidified her place in the entertainment industry as a talented and influential artist.

Miley Cyrus is a singer and actress. She’s known for her songs like “The Climb”, “We Can’t Stop” and “Party in the U.S.A.” Her most recent song, “Malibu”, was released on May 11th, 2018. Miley Cyrus has been in the spotlight since she was a child, but when she hit puberty people started to notice her more as a sexual being than an innocent child star. She released her first album at 16 years old called Breakout which sold over 2 million copies worldwide. Miley has used her fame to speak out about issues that are important to her like abortion rights and LGBTQ rights, even changing up some of the lyrics on The Climb so it would be gender neutral instead of just being about a father climbing mountains with his daughter while they solve their problems together (she also makes references to feminism).

Miley Cyrus is an American singer and actress. Miley Cyrus was born in Nashville, Tennessee on November 23, 1992. She became a global superstar at the age of 14 with her first single “Breakout.” Her father is Billy Ray Cyrus, who also starred in their Disney Channel TV series “Hannah Montana” as her dad. Miley Cyrus has won many awards for her acting and voice-over work; she has been honored with an Emmy Award, three nominations for Grammy Awards and five nominations for MTV Video Music Awards. In 2007 someone released a sex tape of Miley but it’s not known if it was leaked by herself or somebody else hacked into her phone to release the video. In 2009 she created The Happy Hippie Foundation which helps homeless LGBT youth get back on their feet by providing housing and support to young people living on the streets of Los Angeles through working with other social service organizations that serve this population. In 2015 she released ‘Younger Now,’ a new album that deals with life as a millennial finding ways to cope with social issues like feminism, gender equality and climate change while still being able to have fun. Miley Cyrus is an American singer-songwriter who became globally famous at the age of 14 when she released her

Miley Cyrus is an American singer, songwriter, and actress. She first gained fame as a child star with her role in the Disney Channel series “Hannah Montana” (2006-2011). Cyrus later became a teen idol starring as the title character in the popular television series “Hannah Montana” (2006-2011). In 2008 she released her debut album “Meet Miley Cyrus”. She has since released four more albums and appeared in films, including “The Last Song” (2010) and more recently, “Jolene”, for which she received rave reviews from critics. 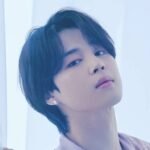