According to The Hollywood Reporter, an American entertainment news outlet, in a statement to The Chicago Sun-Times SAIC officials said, “The School of the Art Institute of Chicago condemns and repudiates Kanye West’s (now known as Ye) anti-Black, anti-Semitic, racist, and dangerous statements, particularly those directed at Black and Jewish communities.”

They added, “Ye’s actions do not align with SAIC’s mission and values, and we’ve rescinded his honorary degree.” This honorary doctorate was awarded to the rapper in 2015.

The decision was made in response to a change.org petition started by members of the SAIC community for SAIC President Elissa Tenny to revoke West’s honorary degree in light of his recent anti-Semitic remarks.

“We informed the SAIC community this morning,” a school spokeswoman told the Sun-Times, reported The Hollywood Reporter. 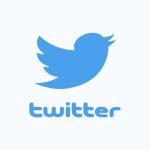