“The information is tense, let’s put it that way, because, yes there were indeed breakthroughs,” Vladimir Saldo, the Russian-installed leader in occupied parts of Ukraine’s Kherson province told Russian state television.

“There’s a settlement called Dudchany, right along the Dnipro River, and right there, in that region, there was a breakthrough. There are settlements that are occupied by Ukrainian forces,” he said. 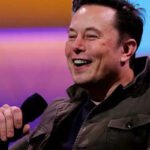