Kim Kardashian and Pete Davidson seem to be enjoying some high-profile company as they headed out for a dinner party at Amazon founder Jeff Bezos’ LA home. As reported by TMZ, Kardashian and Davidson rode together in Kardashian’s car and stayed at Bezos estate for hours and were later spotted arriving at Davidson’s Beverly Hills hotel. It’s still unclear if other famous personalities were also at Bezos’ dinner party.

As per a report by TMZ, Kim Kardashian and Pete Davidson were among the few guests that were invited to Jeff Bezos’ dinner party on Tuesday. The duo arrived at the party in her car and stayed at Amazon CEO’s estate for hours before they left for the Beverly Hills hotel where Davidson was staying. This wasn’t the only high-profile meeting that Kardashian had this week, she was earlier spotted with Hillary Clinton and Chelsea Clinton. 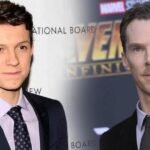