Cook has a base salary of $3 million, he earned an additional $12 million in bonuses, and $82 million in stock awards and the money spent to cover items such as security and private flights (the Apple CEO stopped flying by commercial airline since 2017), The Verge reported

According to MacRumours, Cook earned $14 million in 2020. The amount also doesn’t include the $750 million in shares vested this year as the final part of a ten-year package that Cook received when he took over from Apple founder Steve Jobs. Some terms of that package changed in 2013 when Apple’s stock underperformed — Apple has claimed this was requested by Cook himself — putting some of the grant at risk if the company didn’t return enough money to shareholders. Since then, however, the Apple stock has skyrocketed and the company became the first trillion-dollar company by market capitalisation in the world in August 2018. 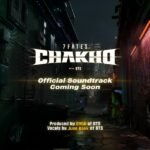