VUCA is an acronym that stands for volatility, uncertainty, complexity and ambiguity, a combination of qualities that, taken together, characterize the nature of some difficult conditions and situations. The term is also sometimes said to stand for the adjectives: volatile, uncertain, complex and ambiguous.

Volatility is the quality of being subject to frequent, rapid and significant change. In a Volatile market, for example, the prices of commodities can rise or fall considerably in a short period of time, and the direction of a trend may reverse suddenly. Uncertainty is a component of that situation, in which events and outcomes are unpredictable. Complexity involves a multiplicity of issues and factors, some of which may be intricately interconnected. (Some models also include chaotic, making the acronym VUCCA.) Ambiguity is manifested in a lack of clarity and the difficulty of understanding exactly what the situation is.

The term VUCA originated with the United States Army War College to describe conditions resulting from the Cold War. The VUCA concept has since been adopted throughout businesses and organizations in many industries and sectors to guide leadership and strategy planning. An awareness of the forces represented in the VUCA model and strategies to mitigate the harm they might cause are integral to crisis management and disaster recovery planning.

Complex systems consist of a large number of parts that are highly interconnected and interacting with each other. Think of a human brain, consisting of billions of neurons. These interactions lead to non-linear and emergent behaviors. In most cases, the causes for these behaviors can’t be found in the individual parts of the system and there is no central entity planning or controlling them. Rather, control is distributed over the subsystems and the overall system’s behavior emerges in the process. 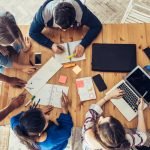 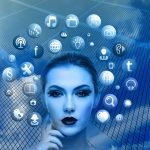