Not many people come up with an idea that can make them a billionaire at a young age of 25. But some chosen ones like Austin Russell. Russell embellished his name in the Forbes list of youngest billionaire in December 2020 with a staggering wealth of 2.4 Billion Dollars. He is the CEO of Luminar Technologies.

Coming from a non-technical background, Austin has always been an extraordinary child. His father worked in a commercial real estate and his mother worked as a Model and Public speaker. It was never easy for him to find motivation towards science in his own home but why a child needs motivation from outer world when he owns a self-motivated soul from the age of 2. Yes, when he was just 2 years old, he memorised the whole Periodic Table. Eight years later, he became a software consultant. He shocked everyone when he filed his first patent at just 13, which was for a water recycling system. Due to his tremendous amount of passion towards science, he converted his parents basement into an electric and optics lab  where he developed his own imagination into reality. Even when his parents refused to give him a phone, he built his own by using a Nintendo DS.

He completed his high school from Beckman Laser Institute of California,  Irvine. After the completion of high school, he went to Stanford to study applied physics but only lasted for 6 months before dropping out. And through dropping out, he met his life changer Peter Thiel. Thiel is the co-founder of PayPal. He contacted Russell to propose his prestigious Steel Fellowship that pay students a 100 Thousands Dollars who drop out from their colleges. The Fellowship was proposed to build up a start-up  in 2 years.  Thiel had heard about Russell’s idea of building a new Radar system for autonomous cars. Previously, the technology used in making autonomous cars was very expensive but when Russell came up with the idea of Lidar, Thiel started to see the future. Lidar Sensors emit poles of light helping self-driving cars to perceive the road by measuring how long the light takes to bounce back after hitting an object. The idea was to develop the Linear Technology further to make it better and cheaper.

With the Thiel fellowship, Russell was introduced to similar minds of young entrepreneurs but he knew that building a company of this magnitude would take time and hundreds of millions of dollars. With 100 thousands Dollars from the Fellowship and some money from his earlier inventions, he started his own Luminar Technologies at 16. With his co-founder Jason Eichenhotz, he built a hacker house in the southern part of California. Russell could hire professional engineers to scale up his business but he was in no rush. Russell and his team rebuilt the Lidar designs on a different wavelength with chemical compounds of Gallium Arsenide instead of the typical Silicon. 5 year later and about 100 Million Dollars spent, they got a prototype to show the world. With the concept that worked in real life, Russell and his team were able to attract more investors and continue building out of their technology. The grew to over 250 employees and Russell started to think to make this company public.

But before taking this step, he was still waiting for a spark. That spark came in May 2020, when Volvo invested heavily in Luminar Technologies. Volvo was looking to take their autonomous driving to the next level. So it decided to start producing cars in 2022 with Luminar Technologies. This is what exactly  Russell needed to take the next step. Now, a big and famous car manufacturer is going to use his technology in the real world. A Volvo spokesperson told insider “Luminar is a leader in Lidar and perception technology. This technology is what Volvo needs to introduce safe autonomous driving to its customers on its next generation platform”. With this reverse merger, Russell took his Luminar Technologies public on December 3rd 2020. The stock raised by 28%, making Russell the youngest billionaire at just 25 with 2.4 Billion Dollars.

The future of Luminar Technologies is looking extremely bright. Deutsch Bank says “We are expecting Luminar to become a leader in Lidar solutions with a total addressable market of 40 Billion Dollars by 2020.” 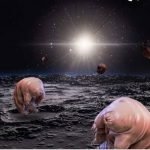 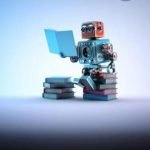