A Satellite is an object which revolves around the planet in a particular path. There are two types of satellites one is the natural satellite and another is artificial satellite.

A man-made satellite or artificial satellite is launched in the orbit with the help of rockets.

. SPUTNIK 1 is the 1st launched satellite by the Soviet Union on 4th October 1957.

.If we are going to count on the number of artificial satellites launched to date then that will be about 8,900 satellites from more than 40 countries.

. The United States has launched the most number of artificial satellites with 1897 satellites, China is in the second number with 412 satellites, and Russia is third with 176.

Satellites are used for many purposes.

1-The weather is forecasted with the help of the satellite. The temperature, the rainfall, etc. So, such daily climatic conditions can be predicted using weather satellites.

2-Satellites are used for navigation purposes. So, that the geographical location of ships aircraft, or any other objects can be determined. So, it is vital to the military forces to make military weapons.

3- The tv and radio programs are available due to satellites.

4-The global mobile communication is possible because of satellites.

5- Satellites play a great role in connection with remote and developing areas.

How satellites are installed in the orbit?

. First, the satellite has to be taken to the desired altitude via rocket.

. Then it has been pushed off to that orbit with the right velocity to maintain the placement.

For the first few seconds of the flight, the space shuttle travels straight. Then the booster gives the initial thrust to the rocket through the early part of the flight.

One after the other boosters will take over inaction. When the fuel of one booster is used up then the next will start.

The used-up boosters are dropped from the rocket thus making the rocket lighter and because of that, the rocket gets faster.

When it reaches the proper altitude, it releases the satellite into orbit.

UPLINK: An UPLINK Earth station is used to transmit the desired signals to the satellite.

DOWNLINK: The satellite transponder transmits back the signal to the DOWNLINK earth station. And the ground equipment receives the signal.

After that ground station sends and receives the microwave signals from the artificial satellite. 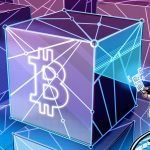 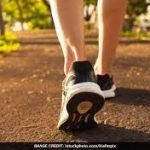