Elon Musk’s Starlink Ready to Launch Satellite Internet for Commercial Flights. With every new initiative, Elon Musk proves that his limits are beyond heaven. Now a big problem for travelers is to be solved: the use of WLAN on the plane. Musk’s Starlink company announced it was ready.

They offer satellite internet on commercial flights and are negotiating with several airlines to provide this service in the near future. With more than 1,500 satellites in orbit, Starlink currently offers internet in rural and hard-to-reach areas in several countries. Elon Musk’s SpaceX Forms Alliance With Google Cloud To Offer Satellite Internet With StarlinkADVERTISING In a panel discussion at the Connected Aviation Intelligence Summit, Starlink Vice President Jonathan Hofeller announced that Starlink is in talks with commercial airlines to offer them Internet services.

We have our own aerospace product under development … we’ve done some demonstrations so far and we plan to have this product ready for use in aircraft in the near future, “said Hofeller. Elon Musk’s company, which is part of SpaceX, said, that the new WLAN service for commercial flights requires the use of airline antennas.

These would be similar to those used on the ground, but with better connectivity for aircraft in flight. Satellites are connected to lasers so that the signal does not have to be reflected by ground stations. Areas such as oceans and deserts can still receive the Internet.

Hofeller clarified that this technology is not currently available, but will be part of the next generation of Starlink satellites, which are already in development. 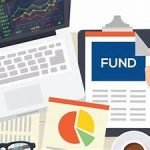