PUBG Mobile is one of the most popular games worldwide. On the Google Playstore, it has over 100 million downloads. All of this would not have been feasible if the game didn’t have a competitive player base and streamers.

PUBG has also made sure that regional and domestic competitions are timed to promote mobile esports to the general public. In this sense, there may be some speculation among fans as to who the top PUBG Mobile player is.

Accordingly, based on numbers, frags, and consistency, we’ve compiled a list of the top five  PUBG Mobile players.

Zhu “Paraboy” Bocheng, who is also known as “Destroyer,” is a Chinese player who now represents X-Quest F. He has competed for XQF in a number of esports competitions throughout the world, edging over his opponents by a significant margin.

It’s no surprise that Paraboy, who is only 18, has already established himself as one of the world’s greatest PUBG Mobile gamers. This is evident in the way he swaggers and confidently dominates competitive lobbies.

So, after his blitzkrieg performance in the Peacekeeper Elite Championship, where he finished as the top fragger, Paraboy has a sizable fan base in India.

Paraboy’s favorite gun is a DP-28 with a 4x scope.

Bigetron Esports’ Made Bagus “Luxxy” Prabaswara is an Indonesian professional PUBG Mobile player. Luxxy has long been one of the most popular names in the professional PUBG scene. He debuted in the PUBG pro scene in 2018 and has since risen to prominence like no other.

As Bigetron Esports, his squad has won three big official tournaments in a row. Luxxy is famed for his amazing sniper capabilities, and his Kar98 headshots may demolish any opponent. He employs a claw control configuration with four fingers.

D2E holds the distinction of being the first player to attain the Conqueror tier in Season 1 of PUBG Mobile. He plays gyroscopes well and employs a three-finger claw control technique.

According to PUBG Mobile fans all over the world, D2E is presently one of the top five players.

Jonathan “JONATHAN” Amaral is the only Indian player on our list who has made significant progress in the competitive realm of PUBG Mobile. He has gone a long way from joining Entity Gaming to joining Team Solomid (TSM), a US-based esports powerhouse.

However, it appears that his aggressive behavior is a wonderful match for his gaming style. It is commonly stated that while skills may be taught in esports, mindset cannot be taught. Therefore, Passion and remarkable determination are essential to succeed at the top, and Jonathan has shown all of these qualities, making him a serial winner.

Jonathan was suspected of using cheats by his opponents in the early stages of his career since he was so proficient at the game. That is why his followers affectionately refer to him as a “Hacker.”

So, Jonathan was named the fifth-best player in the PMCO Fall Split, demonstrating the TSM-Entity players’ aggressive mindset. The AKM for CQC and the dependable M416 with 3x or 6x reticles are his go-to weapon combinations.

Asim Altan “Coffin” Yucel is a Turkish PUBG Mobile player. Coffin has yet to express an interest in joining the PUBG Mobile pro scene. But that doesn’t change the fact that he has the fastest reflexes and most in-depth understanding of the game in PUBG Mobile. When the game originally came out, he was one of the few gamers in the world to utilize a gyroscope.

Coffin has an 800,000-subscriber YouTube account. He generally broadcasts there, entertaining his viewers by playing hard single vs squad games. Therefore, Coffin is easily one of the top five PUBG Mobile gamers in the world, according to statistics. 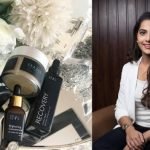