A cryptocurrency, broadly defined, is virtual or digital money which take the form of tokens or “coins”. While some cryptocurrencies have ventured into the physical world with credit cards or other projects, the large majority remain entirely intangible. The “crypto” in cryptocurrencies refers to complicated cryptography which allows for the creation and processing of digital currencies and their transaction across decentralized system.
Now you know what a cryptocurrencies how it works in real world is. So let’s start our main topic five cryptocurrency you invest after bitcoin. So let’s start.

Ethereum
So this is the first alternative on our list, and its wide use and popular after bitcoin and gave good competition to bitcoin. So ethereum is a decentralized software platform that enables smart contracts and decentralized application to be built and run without and downtime, fraud, control, or interference from a third party. The goal behind enthereum is to create a decentralized suit of financial products that anyone in the world can have free access to, regardless of nationality, ethnicity, or faith. The application on ethereum are run on its platform-specific cryptographic token, ether. Ether is like a vechicle for moving around on the etherem platform and is sought by most developer looking to develop and run application inside etheremor now what investor called it ether. Ether launched in 2015, as a currency and the second largest digital currency after bitcoin. Buts’ way behind then a bitcoin as in January 2021, ether market cap is roughly 19% of bitcoin size. But in long run its good currency to invest in and expert say it gave good competition to bitcoin in future.

Litecoin
Litecoin launched in 2011, was among the first cryptocurrencies to follow the footsteps of bitcoin and has often been referred to as “silver to bitcoin’s gold. It was created by Charlie lee, an MIT graduate and former Google engineer. Litecoin is based on a open sources global payment network that is not controlled by any central authority and uses “scrypt” as a proof of work, which can be cdecoded with the help of CPUs of consumer grade. Although litecoin is like bitcoin in many ways, it has a faster block generation rate and hence offer a faster transaction confirmation time. And litcoin is also one of the most acceptable coin where many merchants who accepts litecoin as a payment or fee. As of January 2021, litecoin had a market cap of $10.1 billion with a ‘b’ and per token value of $153.88, making it the sixth largest cryptocurrency in the world with a strong foundation.

Cardano
Cardanois a “proof-of-stack” cryptocurrency that was created with a research based approach by enigineers, mathematicians, and cryptography experts. The project was co-founded by Charles hoskinson, one of the five initial founding members of ethereum and after having some argument that happen lots of time in companies and that one person who leave, always create something that gave the competition and in this case he created cardano. Cardano has also been dubbed the ethereum killer” as its blockchain is said to be capable of more. While it has beaten ethereum to the proof-of-stake consensus model it still has a long way to go in terms of decentralized financial applications. As of many cryptocurrencies it wall providing solutions for chain interoperability, voter fraud, and legal contract tracing, among other things. As of January 2021, cardano has a market capitalization of $9.8 billion it has long way to go.

Stellar
Stellar is an open blockchain network designed to provide enterprise solution by connecting financial institutions for the purpose of large transactions. Huge transaction between bank and investment firm that typically would take several days, a number of intermediaries, and cost a good deal of money, can now no intermediaries with no intermediaries and cost little to nothing for those making the transaction. While stellar has positioned itself as an enterprise blockchain for institutional transaction, it is still an open blockchain that can be used by anyone. The system allows for cross-border transaction between any currencies. Stellar native currency is lumens. Stellar lumens have a market capitalization of $6.1 billion and are valued at $0.27 as of January 2021.

Polkadot
Polkadot was created by gavin wood, another member of the core founders of the Ethereum project who had differing opinion the project’s future. That’s why polkadot is a unique proof-of-stake cryptocurrency that is amined at delivering interoperability between other blockchains. Its protocol is designed to connect permissioned and permissionless blockchain as well as oracles to allow system to work together under one roof. It also allows for “parachains” or parallel blockchain with their own native tokens for specific use cases. As of January 2021, polkadot has a market capitalization of $11.2 billion and one polkadot trades for $12.54.
So this is guy’s top five cryptocurrencies after bitcoin and I know there little lack behind but in some time they will catch up. So guys if you love to invest in cryptocurrencies then you should think about this currencies.. So thank you guys and bye and see you next time…….. 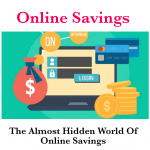 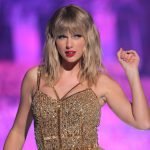