Scientists have accurately replicated a rat brain mass, creating a computer that responds as if it were the actual thing. The virtual brain is modeled after the brain of a newborn rat, which consists of 30,000 neurons connected by a web of 40 million synapses.

The researchers propose to utilize the digital brain to describe the many types of neurons that make up a real brain, as well as to measure how they fire and map out how they are connected. After that, they will be capable to focus on acquiring a complete, accurate, and high-resolution image of the human brain. The reconstruction is of the cortex, a brain region about which scientists already know a lot. They built the virtual appearance using existing data, which precisely replicates the firing and connections that allow the brain to function normally.

Blue Brain Project commonly known as BBP is Swiss research established by Professor Henry Markram. The project was founded in May 2005. The goal of the Blue Brain Project is to assemble biologically comprehensive digital reconstructions and simulations of the rat brain. By creating the world’s first physiologically detailed digital reconstructions and simulations of the mouse brain, Blue Brain hopes to establish simulation in neuroscience as a complementary way to studying the brain alongside experimental, theoretical, and clinical neuroscience. Blue Brain’s supercomputer-based simulations and reconstructions offer a completely new way of interpreting the brain’s multi-level structure and function. When a neuron transmits an electrical impulse, the calcium concentration within the cell increases. Using calcium, and proteins the scientists can see this rise. This information is then used by a computer to establish exact models of the isolated neurons.

Henry Markram, a neuroscientist at the Swiss Federal Institute of Technology in Lausanne, Switzerland. Henry Markram completed his degree in neuroscience, now he intends to recreate the human brain. Henry Markram replicates the brain in all of its complications. His fundamental idea is that the brain is a human organ, an appropriate computer model should reveal its workings, just as in-silico models of kidneys, livers, and hearts enhance our understanding.

People who appear to think in various ways thrive throughout the world. No one is going to nudge around in a living human, no matter how much we want to understand its complete range. Henry Markram is hoping that a computer model will provide an ethically adequate route. 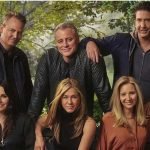