After more than 25 years, Microsoft decided to put an end to its longstanding Internet Explorer. The old web browser has not been much used by the consumers because of better alternatives. Microsoft will withdraw the internet explorer on june 15, 2022 for some versions of Windows 10.

Internet explorer was originally launched in 1995 has considered to be useless in today’s consumers market with holding only 3.25% of market share. Google’s chrome nearly dominates 70% of the market share. Microsoft hinted about the end of internet explorer last year when company announced that Microsoft 365 office applications will not work in the web browser.

The company had created IE Mode for its Edge a few years ago and it has  allowed the businesses to adopt the new chromium based browser. Explorer available on Edge browser mode supports the older activex and legacy sites which are still used by the businesses even today. The IE mode in Edge is expected to be available until 2029. 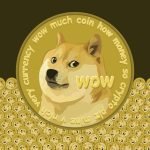