In September 2020, the world came crashing down on PUBG players in India, as the government of India outlawed the game due to the data protection act of Article 69A of the Information and Technology Act. After what seems like an eternity, Pubg fans will finally be able to play their favourite game as Battleground Mobile India. The pre-registration period began on May 18, and Indian mobile players have been seen flooding the Google Play store to sign up for the highly anticipated game.

The Indian version of Pubg Mobile, renamed Battleground Mobile India, is scheduled to be released in early June for Android users. It is portrayed as a revolutionary game where numerous players can battle it out in multiple game modes that can be squad-based or person-based, according to the google play store explanation.

Battleground Mobile India is a rebranded version of the pubg game that is quite distinctive from the mobile version of the software. This game will provide greater privacy and protection, as well as a gaming experience with less aggression. When the players drop, they will be dressed appropriately, there will be no carnage, and the blood will turn green instead of red. The maps may be the same, but they will have different names.

Krafton has stated that special prizes will be provided to individuals who enrol ahead of schedule to create a sense of excitement among pubg mobile fans and players. according to some sources, krafton may have used the pubg mobile nickname for the beta update to enhance the game’s search resultant(SEO) on Google. if the game’s SEO is enhanced, more visitors will be driven to the app, increasing the game’s accessibility to the general public. exclusive to the events, such as costumes and features, will be included in the release. in several aspects, the new release would be similar to pubg in recognition of its export platform that will include competitions and leagues.

Gamers under the age of 18 will need parental approval in Battlegrounds, Mobile India, and will also be required to enter the cellphone number of their parents and guardians in the game to ensure informed approval. For minors, the game can only be enjoyed for 3 hours each day. 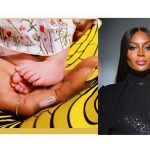 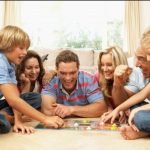