CRYPTOCURRENCY AND ITS ADVANTAGES AND DISADVANTAGES.

A crucial feature of cryptocurrencies is they are not distributed or issued by any central government authority, which makes them invulnerable from any falsification or government involvement.

Cryptocurrencies eradicate the needs of a trusted third party. Generally, while transferring funds between two partners, there is always a bank or credit card company involved. Cryptocurrencies enable a direct transfer without interference from banks or other companies. It offers complete security to the transaction data from the likes of hackers. This is accomplished by the use of public and private keys forming incentive systems. The public key is a part of the user’s account address. Only the owner knows about the private key and he/she can use it to sign transactions. All transactions are fulfilled with the minimum processing fee. This helps to avoid the extra fee charged by banks for wire transactions. Cryptocurrency is easily accessible to every individual who has access to the internet. Credit cards pose a threat of potential identity thefts which can be avoided with the use of cryptocurrencies. Since cryptocurrencies are digital they cannot be fabricated by the sender.

Chances of illegal activities are higher in Cryptocurrency transactions. Money laundering and tax evasion are more common in these transactions. Even though their anonymity and privacy benefits are a boon for the users, it has also created opportunities for fraud. Variation in privacy differences has made some cryptocurrencies more preferable than others. A common example is that of bitcoin, which is an unwise choice for illegal business owing to their privacy features. Data lost in Cryptocurrency transactions can lead to financial losses. Lack of refund or cancellation policies is another shortcoming. Operational glitches are a part and parcel of Cryptocurrency. The mining of Cryptocurrencies demands advanced computational power and higher electricity inputs. Highly intensive energy requirements and advanced computers have increased carbon footprints globally.

Despite the disadvantages of Cryptocurrencies and their impact on the environment, the increase in popularity is due to the secure channels it provides for transactions.

The advantages of Cryptocurrencies cannot be neglected as much as their drawbacks. 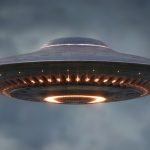