The boys are at it again, serving ARMYs with visuals that they will never get tired of. BTS becomes the first Asian artist to be featured in the Rolling Stones magazine after 54 years. Setting trends and breaking limits… these boys never get tired -most probably because they have ARMYs- of breaking norms and venturing into new territories.

On May 13, Rolling Stone announced that the cover face of the June issue is BTS.  The images of BTS appearing in this magazine were also revealed, giving a glimpse of each member’s visual.  Each member was interviewed individually regarding their success and future works.

Behind the scenes video was also released of the photoshoot. The members are indeed visuals, however, Jin, V and Jungkook stood out the most according to viewers. Some said that the trio was so mesmerizing it was hard to focus on the rest, especially, the one where they stood close to one another.

Well, it’s already given if you put Mr Worldwide Handsome(Jin), the most handsome member in BTS (V) -according to J-Hope- and Golden maknae next to one another!

Don’t forget to grab a copy of the magazine. 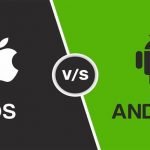