2020 and 2021 can be summed up as challenging and for a lot of us, they were and are the toughest years of our lifetimes. Thanks to technology, through entertainment we found escapism and a way to connect with our friends and family in this pandemic.

This article is going to help you know which shows are worth binging to escape this global crisis in 2021!

2. Bridgerton: The show is about a wealthy and influential family called Bridgertons.There’s romance, there’s drama, deceit, scandal, and Galas! The story is narrated by an unseen woman called Lady Whistledown who is the author of a tabloid-like printing that has gossip on all the well-to-do families of the city. The first season revolves around Daphne Bridgerton and her chemistry with Simon Basset, the Duke of Hastings. Overall, It is a good series to binge-watch if you want to escape to the world of wealthy British in the 1800s.

3. Shadow and Bone: This show is an on-screen adaptation of the best-selling fantasy book series The Grisha Trilogy and Six of Crows duology by Leigh Bardugo. The story is set in a place called Ravka inspired by 18th century Russia with a magical class of Grisha. Alina Starkov, played by Jessie Mei ascends from army cartographer to Sun Summoner and gets separated from her old life including a gifted tracker, Mal Ortesev. The Shadow Fold is a region of darkness that split the eastern and western sides of Ravka in half that contains flesh-eating monsters called the Volcra. The first season managed to capture much of the darker magic of YA Fantasy and so far has been well-liked by the viewers. It is one of the best shows on Netflix to watch right now.

4. Ginny & Georgia- Think of Gilmore Girls but in 2021. It tells the story of a single mom named Georgia who moves to a town called Wellsbury, Massachusetts with her two kids- Ginny and Austin after the death of her ex-husband. The show feels like a mother-daughter story in the beginning but gets complicated when Georgia’s dark mysterious past keeps getting in the way of their relationship.

5. Never have I ever– It is a new coming of age comedy that is fun, charming, and sweet which you can definitely binge-watch in a day. The story is about a 15-year old teen Devi, an Indian-American girl living in Los Angeles, California She is a sophomore who is desperate to become ‘cool’. It is a fresh approach to teen shows illustrating themes of peer pressure and romance.

Also Check these out: 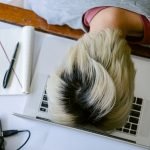 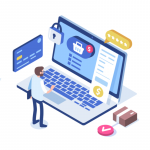