Tesla founder Elon Musk is soft at heart too and that can be clearly assumed by the fact that he shared an adorable picture of himself with his nine-month-old baby named X Æ A-Xii. Netizens had already shared so much of love when he welcomed his first child last year with girlfriend Grimes.

Now this adorable picture of dad and son duo has again broken the internet after Musk posted the picture on Twitter. He captioned the candid moment, “The Second Last Kingdom (sic).”Elon Musk and Grimes named him X Æ A-12 Musk. However, they later changed the name to X Æ A-XII.

The image shows that baby Musk can be seen pulling his father’s T-shirt with a very cute expression on his face and his dad seems to be talking on the phone. 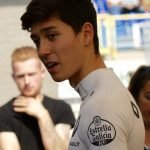